Bulgarians have created a mobile application for space exploration. It  contains a library of education videos that is larger than those on the sites of the European Space Agency and NASA, taken together. The app is available in Bulgarian and English. 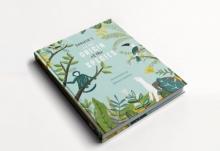 "Very important project, realized in the most beautiful way. The thorough text of Sabina Radeva and her magnificent pictures together tell the story of the origin of the species and the evolution itself with clarity, humor and great charm. "

AGERPRES special correspondent Loredana Ciobanu reports: The Competitiveness Council (COMPET) adopted on Monday, in the first meeting of the Romanian mandate at the EU Council Presidency, the conclusions regarding the coordination plan on the development and use of Artificial Intelligence (AI) "Made in Europe."

Turkish professor Zehra Sayers has received the 2019 Award for Science Diplomacy, presented by the American Association for the Advancement of Science (AAAS), for her success in bringing scientists from eight Middle Eastern countries together.

Women are less successful in receiving research funding than men if the selection process focusses on the scientist making the pitch rather than the science presented, according to new research released Friday, reports AFP.

A moderate earthquake measuring 5.3 on the Richter scale shook the southeastern Aegean on Thursday afternoon, and especially the island of Rhodes.

The Geodynamic Institute put the 4.30 p.m. tremor's epicenter some 47 miles off the island's east coast.

There were no reports of injuries or damage. 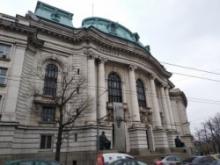 Two scientific institutes will be opened in the structure of the Sofia University St. Kliment Ohridski. Their creation was approved on Wednesday by the government. One will deal with research and projects in the field of law, economics and intellectual property, and the other with developments in the field of large data and artificial intelligence.

The quake was initially marked as a 4.3 magnitude, but was later revised to 4.2

According to INFP, the seism was recorded at 13.36, with its epicenter in Vrancea county, in southeastern Romania, at a depth of 150 km.

The Vrancea area is known for its frequent seismic activity.

Are you ready for five more incredible eclipses in 2019? Yesterday's partial solar eclipse peaked in northeast Russia when 60% of the Sun was blocked by the Moon, but there are five more eclipses coming up this year that deserve your attention, according to FORBES.

Forensic experts search for evidence after a bomb blast outside the Skai TV building in Athens Monday. Authorities believe that a far-left organization calling itself Group of Popular Fighters may be behind the early morning blast which caused damage to the building but no injuries. [EPA]