The first of a group of 60 US diplomats who have been expelled from Russia in the wake of the poisoned spy row departed from Washington's embassy in Moscow early Thursday, an AFP reporter on the scene said.

Yulia Skripal was poisoned with a nerve agent just days after gaining access to a £150,000 'secret bank account' with proceeds from a house sale in Britain, it has emerged.

The money had belonged to her brother Alexander who died in mysterious circumstances in St Petersburg last year. 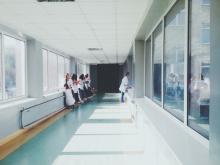 Yulia Skripal, the daughter of ex-spy Sergei Skripal, is improving rapidly and no longer in a critical condition, says the hospital treating her.

She and her father were admitted nearly four weeks ago after being exposed to a nerve agent in Salisbury.

Russian former double agent Sergei Skripal and his daughter were poisoned with a nerve toxin that had been left on the front door of their home in England, British counter-terrorism police said.

Foreign Affairs Minister Teodor Melescanu stated on Wednesday that Romania, as part of the European Union, showed a sign of solidarity with the UK and expelled a Russian diplomat in the context of the scandal related to the poisoning of former spy Sergei Skripal and doesn&#39;t exclude the possibility that, in reply, the Russian Federation apply the same measure based on "the reciprocity pr

This is a coordinated response to the attack on the spy Sergei Skripal.

The EU was joined by the US, Canada. Australia, but also some other, non-EU European states such as Macedonia and Moldova. 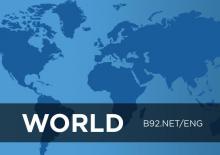 "This decision represents the price and the consequences of Russia's behavior," Stoltenberg said.

Before NATO, a total of 24 countries decided to expel Russian diplomats in solidarity with Britain, following the poisoning of a former Russian spy in that country. 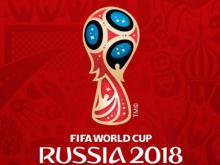 (Reuters) - Iceland's leaders will not attend the soccer World Cup in Russia this year as part of an international response to punish the Kremlin for a nerve agent attack on a former Russian spy in England that the British government has blamed on Moscow. 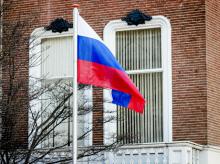 Russian embassies in Croatia, Romania and Macedonia have strongly criticised the three countries' decision to expel diplomats to show solidarity with Britain in the wake of the poisoning of double agent Sergei Skripal and his daughter, Yulia.

Albania, Croatia, Macedonia and Romania joined other EU countries in expelling some Russian diplomats on Monday.

More than 130 Russian diplomats have been ordered to leave capital cities across the globe, as the West unites behind Britain over the Salisbury nerve agent attack.

Some 60 Russians are to be expelled from the US, while suspected intelligence officers in Canada, Ukraine, Australia, Albania, Macedonia and a number of EU states will also be ejected.