A Turkish court on Sept. 10 sentenced six defendants to 30 counts of aggravated life imprisonment for the 2016 Ankara bombing, which claimed 29 lives.

Turkey has condemned Greek authorities' decision to grant another furlough to a far-left militant who is serving multiple life sentences in Greece for murder.

A misdemeanors court in Thessaloniki on Wednesday found three people guilty over a mob attack against city mayor Yiannis Boutaris last weekend, which resulted in his brief hospitalization.

An Athens court on Monday handed down an 18-month prison sentence to a 25-year-old university student for taking part in the physical assault against Panteio University professor Angelos Syrigos early last year.

The student was identified by Syrigos as one of the individuals that attacked him after he scolded them for writing slogans on a freshly-painted wall at the university.

A Turkish court sentenced 65 Turkish military navy officers to life imprisonment on charges of sympathy for a failed military coup attempt in 2016, the Milliyet newspaper reported.

According to the media, 47 of the convicted will serve their sentences under strict regime and the rest - in prison with a common regime.

Child abusers should be sentenced to aggravated life imprisonment as a deterrent measure, Canan Güllü, the head of the Federation of Women Associations of Turkey (TKDF) has said.

12 years of imprisonment under a strict regime received a father who has been raping and abusing his under-14 year old daughter, the press office of the Appellate Prosecutor's Office in Varna announced.

The 50-year-old man from the village of Okorsh, near Silistra, has demanded that his case be dealt with under a reduced court hearing to reduce his sentence by one-third. 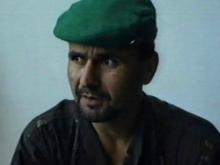 A court in Italy sentenced former Bosnian Army officer Hanefija Prijic to life imprisonment for killing three Italian aid workers - even though he served a sentence for the same crime in Bosnia.