It was four months ago when a massage parlor and several other addresses in Ankara were raided by police, rescuing minors who had been forced into prostitution.

A total of 20 women were killed while under temporary state protection between 2015 and 2017, the Turkish Interior Ministry has announced.

The women, who were taken under protection due to serious threats to their lives from men, were killed before they could notify police due to "events that unfolded suddenly."

Playboy playmate Sara Jean Underwood is a perfect and ridiculously sexy woman with voluptuous curves.
There!… These are all the reason you need to check the following photos out:

19 women were arrested on Friday following raids conducted by police at 11 brothels in the wider Athens center as part of a crackdown on sex trafficking.

Three of the women are Greek nationals, while the remaining 16 are foreign nationals. Three other women were also detained in connection with the case. 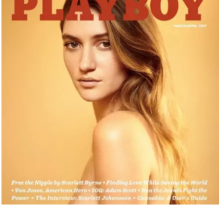 Playboy has finally come to its sense.
And, in response, millions of men around the world will soon be able to pick up a copy of this magazine and come to completio… never mind.
Over a year since the publication made the shocking and confusing decision to go nudity-free, Chief Creative Officer Cooper Hefner has confessed this was a really dumb decision.

Police arrested six people in Athens on Monday for running a sex-trafficking gang.

The suspects include four Greek men aged between 30 and 33, as well as two Romanian nationals, a 50-year-old man and a 34-year-old woman.

One of porn’s biggest stars is calling out one of the adult industry’s biggest companies over a scene she alleges went way too far.

An Athens court on Friday exonerated 11 HIV positive women, three of whom have died, of the charge of intentionally infecting people while allegedly working as prostitutes.

The prosecutor at the trial said there was no evidence to suggest the women worked as prostitutes nor that they had unprotected sex with people, with the exception one of the defendants.

The centuries-old wall paintings discovered in Lupanar, a historic Pompeii brothel, have shed insight into the sexual activities of ancient Italians, with depictions of explicit sex acts.

The brothel was a hangout for the wealthy and powerful before the Roman city was wiped out by a volcanic eruption in 79 AD.