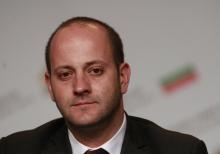 Radan Kanev, one of the Reformist Bloc's leaders, admitted that its attempt to set out conditions about who will be Prime Minister in the next government was a mistake.

The right-wing coalition is now determined not to enter any talks about specific names to join the cabinet prior to an agreement on future cabinet's program, Kanev told Darik Radio.

Norway said on Friday it is tightening its economic sanctions against Russia over the crisis in Ukraine to bring them in line with the latest round of EU restrictions.

BELGRADE - Head of the Coalition of Refugee Associations Miodrag Linta sent an open letter to Croatia's Prime Minister Zoran Milanovic on friday asking that the government ban the clearance of the ruins of Serb-owned buildings without consent from their owners. 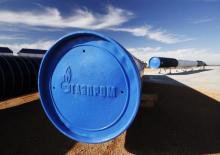 BELGRADE - Director of the Serbian government's Office for Human and Minority Rights Suzana Paunovic said Wednesday that the European Commission (EC) progress report expresses a positive assessment of Serbia's progress in the promotion of human rights and freedoms.

From mid-April to 6 October, at least 3,660 people were killed and 8,756 wounded in eastern Ukraine, the UN Human Rights Office said in a report, Wednesday. 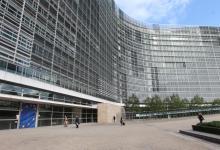 BRUSSELS -- The EC in its annual report on Serbia's progress towards EU membership says Serbia sufficiently fulfilled the political criteria, but must focus on key issues.

The report is published in English on the website europa.eu.

The Confederation of the Employers and Industrialists in Bulgaria (KRIB) - the largest business association in the country - demanded speedy formation of a stable new government at a meeting with the GERB leader Boyko Borisov.

MOSCOW -- Serbia may pay its debt to Russian gas giant Gazprom by giving it a stake in petrochemical company HIP-Petrohemija, Foreign Minister Ivica Dačić has said.

He spoke to reporters in Moscow on Tuesday, the Russian news agency TASS reported.

VIENNA - As early as this year, Belgrade could open one or two chapters in its EU accession talks, says Austrian Foreign Minister Sebastian Kurz.