The defence teams of Jovica Stanisic and Franko Simatovic urged the International Residual Mechanism for Criminal Tribunals in The Hague on Tuesday to acquit both men of committing crimes during the wars in Croatia and Bosnia from 1991 to 1995.

Officials and local residents in Pastasel/Pusto Selo, a village in the Rahovec/Orahovac municipality, commemorated the 22nd anniversary on Wednesday of a massacre of 106 civilians during the Kosovo war in 1999.

Close connections with the Serbian political elite and the favourable presentation of China in Serbian media, especially from outlets close to the Serbian government, have made China one of the most popular foreign actors among Serbia's citizens.

There are memorials across Serbia and Kosovo to commemorate hundreds of people who died during NATO's 78-day bombing campaign against Yugoslavia, which began on March 24, 1999 and is being marked with an official commemoration in Belgrade on Wednesday evening.

Former police officer Zlatan Krstic told his war crimes trial at Pristina Basic Court on Thursday that he was in Serbia when four Kosovo Albanians, all members of the same family, were killed in an attack on the village of Nerodime e Eperme/Donje Nerodimlje by Serbian forces in March 1999. 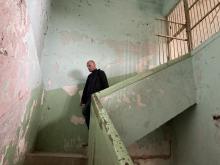 He recalls that it was a warm evening when the detainees were brought to the prison in the village of Gurrakoc/Djurakovac, which was already overcrowded with inmates. The violent abuse started immediately.

As part of Yugoslavia, Montenegro took part directly in the wars in Croatia and Bosnia under the leadership of Slobodan Milosevic.

The president of the UN's International Residual Mechanism for Criminal Tribunals in The Hague, Carmel Agius, told the UN Security Council on Monday evening that the final verdict in the case against wartime Bosnian Serb military chief Ratko Mladic is due in May next year.

There are no road signs pointing to the mine, which is surrounded by forests and fields. Nor are there many houses on the way. But Kizevak is currently a hive of activity.