The Social Democratic Party (PSD) will have its own candidate in the presidential elections this November, to be validated by the Congress on August 3, the party leader, Viorica Dancila, announced on Monday, at the end of the meeting of the National Executive Committee. "The PSD Congress that will validate the candidate for the presidential elections will be held on August 3. 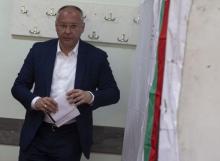 The European Parliament is in the process of electing its President. For the position, the European Council the name of PES leader Sergey Stanishev was also considered. Late last night, however, his group raised the candidacy of the Italian David-Maria Sassoli.

The National Executive Committee of the Social Democratic Party (PSD) will meet on Friday to validate the bids for the party's leadership positions - chairman, executive chairman, and secretary general, but also to set the agenda for the extraordinary Congress due on Saturday, party sources said.

The Social Democratic Party (PSD), major at rule, might get an outsider for its presidential candidate, according to its acting national chair Viorica Dancila. "We have to establish several things [at the party's congress convention]. First, we have to change the statutes with regard to the election of the party's national chair. Second - we have to come up with a political manifesto. 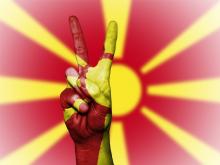 Romania's Social Democratic Party (PSD) says the announcement from the leader of the Party of European Socialists (PES) regarding PES freezing relations with PSD does not reflect "the overall position of the PES," adding that it is "looking forward" to finding out what issues worries PES.

Mustafa Sarıgül, former mayor of the Şişli district of Istanbul from the ranks of the main opposition Republican People's Party (CHP), has resigned from the CHP and said he would run independently for the same constituency in the upcoming local polls.

The mission in these elections is that Europe must be saved, said Sergei Stanishev, leader of the Party of European Socialists and MEP, during a discussion on Europe's future, Focus News Agency reports.

Germany's Social Democrats on Sept. 13 demanded the resignation of the country's top spy, as he faced fresh accusations over his allegedly proximity to the far-right party AfD.