Moving in the right direction is the increase of the minimum wage, as it strengthens the income of the low paid and at the same time can "breathe life" in to the market, as noted in a statement by the president of the Athens Chamber of Commerce, Giannis Chatzitheodosiou.

North Macedonia's Union of Workers in Education, Science and Culture, SONK, is expected to continue talks on Wednesday with the Education Ministry over its demands for an immediate pay rise and a series of further salary increases linked to the cost of living over the coming years. 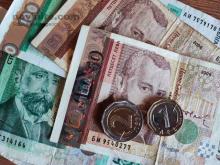 As of today - April 1, the minimum wage in the country is BGN 710 (EUR 363). According to the decree of the Council of Ministers, the minimum hourly rate is BGN 4 leva and 29 cents, which at working hours of eight hours in a 5-day working week makes BGN 710 a month.

Its increase is nearly 10% compared to the previous minimum wage of BGN 650.

Labor and Social Security Minister Vedat Bilgin gestures during a meeting with labor and trade union representatives in Ankara on Dec. 1.

A commission of officials and representatives of labor and trade unions convened to initiate negotiations on the minimum wage for next year.

С The leapin prices in Bulgaria is already noticeable with a naked eye, and the Confedertion of Independent Trsde Uniond in Bulgaria (CIYUB) predicts that the increase in electricity costs will exceed the the parameters of the socially bearable price. This is expected to affect the businesses as well as all other products.

The increase of the minimum wage must be done in accordance with the business environment, otherwise it will lead to layoffs and everything will turn against the people, Labour Minister Raluca Turcan said on Thursday in a press conference.

Romanians who want higher pay for their work do not ask for any privilege, but only not to take half of their salary to pay all kinds of privileges for the politically connected, says Economy Minister Claudiu Nasui. "When it comes to leaving money to working Romanians, it is a budgetary problem.

The Socialists' streamlined political machine and controversial patronage system won them a third election victory - but have worrying implications for democracy, experts say.