Serbia's Progressive Party government has long been accused of a lack of transparency. Now it wants to enshrine the practice in law, journalists and civil society experts say.

"After I confirmed it with my sources, I reported the situation", Can, who at the time worked for the local Izmir newspaper Iz Gazete, told BIRN.

Pressed to name his sources, Can refused. Hours of questioning resulted in a charge of spreading fake news and causing panic. The case was dropped several months later, but Can's chilling experience was far from a one-off. 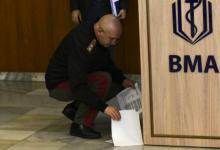 The National Operations Headquarters will hold a press conference once a week at the Council of Ministers. This will happen every Thursday from 08:00, starting May 7.

The headquarters will be available to answer media questions, the government press service said.

The Hungarian government has centralized communications about the pandemic and is filtering the release of information about COVID-19, a new report claims.

It says alternative sources of information, especially healthcare workers, are afraid of being fired if they talk to the press, and that the new "Coronavirus bill" will lead to more self-censorship among journalists.

Nikos Sakellariou announced Wednesday he was stepping down as president of Greece's highest administrative court, in the first such resignation in the court's history.

BELGRADE - Serbia's Commissioner for Information of Public Importance and Personal Data Protection Rodoljub Sabic congratulated journalists on May 3, World Press Freedom Day, on Monday, wishing them "the accomplishment of several objectives significant for journalists and media, as well as society as a whole."

A report adopted by the Council of Europe (CoE) on June 24 says media transparency should be promoted, stressing the importance of freedom of expression and media pluralism for a functioning democracy. 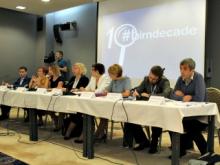 BIRN directors and media experts highighted the main obstacles to media freedom in the region and offered their own recommendations on how to improve the situation at the regional conference of the Balkan Investigative Reporting Network, entitled "Media Freedom Challenges", on Friday in Sarajevo.