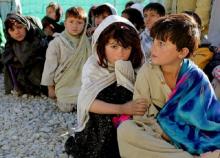 Increasingly limited access to health and social services due to the pandemic is likely the cause of about 239,000 deaths among children and mothers in South Asia, according to a UNICEF report. 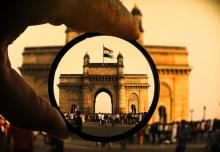 There is interest in many countries in accessing vaccines from India. In line with the PM's announcement that India sees international cooperation in the fight against the Covid-19 pandemic as its duty, India has played the role of the first responder in their neighbourhood as well as undertaken supplies to countries beyond.

Significant development projects are in pipeline in Bangladesh's main port city Chittagong that "may attract investment from Turkey," an official statement said on Jan. 13. 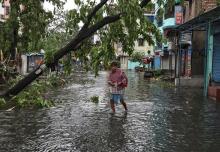 A powerful cyclone that slammed into coastal India and Bangladesh has left damage difficult to assess on May 21 and about 20 deaths.

Illegal border crossings from India to Bangladesh have risen in recent months amid ongoing citizenship crisis in India, official data from Dhaka showed on Jan. 3.

Police in Thessaloniki have arrested 2 Romanian citizens, a 34-year-old man and a 27-year-old woman, for migrant trafficking.

"Unfortunately (...) the negative tints regarding Pakistan are exaggerated, which has the unpleasant consequence of creating some reservations at the level of the Romanian business community in connection with the security of some possible businesses or cooperation projects with Pakistani companies," Ambassador of Romania in Islamabad Niculaie Goia said in an interview with AGERPRES, underscori

A suicide bomber killed 132 people at an election rally in southwestern Pakistan in the second election-related attack on Friday, officials said, amid growing tensions over ousted prime minister Nawaz Sharif's return ahead of the July 25 vote.

The bombing was the most deadly attack in Pakistan in over three years and is the third incident of election-related violence this week.