BELGRADE - The Republic of Serbia welcomes the historic US-Cuba agreement on a humanitarian release of prisoners and opening a new chapter in the relations between the two countries, the Serbian Ministry of Foreign Affairs said in a statement on Friday.

Russia "to be firm in defending its interests"


MOSCOW -- Russia's Sergei Lavrov has warned against unilateral steps in handling world problems, and mentioned NATO's aggression "against Yugoslavia" as an example.

Ukrainian authorities and pro-Russia rebels on Saturday agreed on a complete ceasefire and a buffer zone a bid to bolster the preliminary truce signed on September 5. 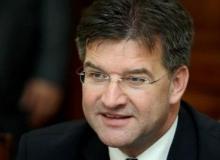 Slovak minister: All of EU should share burden of sanctions


BRATISLAVA -- Slovak Foreign Minister Miroslav Lajcak says the burden of EU sanctions against Russia should be born "solidarily" by the entire organization.

"Partnership is over, more sanctions in works"


BRUSSELS -- Governments of EU member-states will decide on a package of new sanctions against Russia on Friday, said the future head of EU diplomacy Federica Mogherini.

11 civilians killed in shelling of Donetsk


DONETSK -- Eleven civilians were killed and eight wounded in the shelling of Donetsk carried out by Ukrainian government forces.

The announcement was made by local officials in this stronghold of pro-Russian forces. 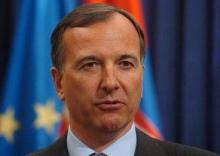 "Serbia is bridge between Russia and EU"


BELGRADE -- Special adviser to the Serbia government Franco Frattini considers Serbia's role as a bridge between the EU and Moscow to be "very important."

This former Italian foreign minister and former EU commissioner believes that such a role can help ease tensions related to the Ukrainian crisis.