Radojko Jesic, who was a passenger on the train that was halted at Strpci station on February 27, 1993 before a subsequent massacre by Serb fighters, told Belgrade Higher Court on Tuesday that he saw his Bosniak acquaintance entering the train in the town of Uzice but could not find him again after Strpci.

Russia said Monday its security services had detained a US citizen in Moscow accused of spying, the latest in a series of espionage cases between Russia and the West. 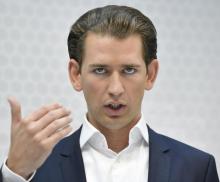 Austria has a launched a probe into a colonel suspected of spying for Russia for several decades, Chancellor Sebastian Kurz said Friday, the latest in a string of cases where Moscow has been accused of espionage in EU states, reports AFP. 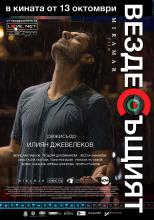 SCMP - A Russian national with alleged ties to a top Russian official was charged in federal court in Washington on Monday with conspiracy to act as an agent of the Russian Federation, and was ordered held without bond.

A Virginia man investigated by the FBI after his family reported that he had converted to Islam and may have been radicalized has been sentenced to 20 years in prison, two years after Turkey blocked his entry.

The US Embassy in Sofia was tapped by the counter-intelligence services in communist Bulgaria, which was discovered by the US intelligence agents only in 1990, resulting in a somewhat funny incident resembling a "tug of war" or "rope pulling", a former top Bulgarian spy has revealed in a new book.

Former Russian spy Sergei Skripal, who was convicted by Russia of betraying agents to British intelligence, was critically ill on March 5 after exposure to an unidentified substance in Britain, two sources close to the investigation told Reuters.

A troubled teen has confessed to gunning down 17 people at his former high school in Florida, court documents showed on Feb. 15, as the FBI admitted it had received a tip-off about the 19-year-old gunman yet failed to stop him.