A troubled teen has confessed to gunning down 17 people at his former high school in Florida, court documents showed on Feb. 15, as the FBI admitted it had received a tip-off about the 19-year-old gunman yet failed to stop him.

The third arrest in one year of a U.S. official suspected of helping Chinese spies has bared the tense battle between the two superpowers’ intelligence agencies.

A man about 60 years old was found dead in a parking lot at a restaurant on Tsar Boris III Obedinitel Blvd in Plovdiv.

This was announced by the spokesman of the Regional Directorate of the Ministry of Interior, FOCUS News Agency reported.

The signal for a helpless man is filed after 09.15. The on-arrival medical team found he was already dead.

A Norwegian citizen suspected of espionage was arrested in Moscow. The arrest is for 2 months. Said Interfax, citing information from the spokesman of the Leftor Court in the Russian capital.

The Turkey mission chief of the FBI was summoned to the Ankara Police Department late on Dec. 13 after a former Turkish law enforcement official acknowledged that he collaborated with the FBI after his escape from Turkey to the United States.

When President Vladimir V. Putin in July ordered American diplomatic missions in Russia to slash their staff by 755 employees, the State Department said it would need time to assess the “impact of such a limitation and how we will respond to it.” 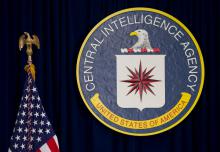 The Chinese government systematically dismantled C.I.A. spying operations in the country starting in 2010, killing or imprisoning more than a dozen sources over two years and crippling intelligence gathering there for years afterward.

FBI agents are still reeling from Director James Comey's unceremonious dismissal, their surprise at the manner of his ouster coupled with questions about who will next lead the bureau. Many agents working in field offices across the country learned May 9 about their director's firing in much the same way he did: From news reports that flashed on television screens and buzzed on phones.

Look at the coincidence; Reza Zarrab was caught at Miami Airport on March 19 last year and was arrested on March 22.