He was one of the best European players in the NBA 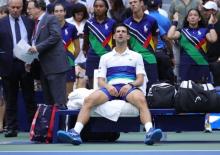 Djokovic lost to Daniil Medvedev in three sets and thus stopped one step away from achieving the calendar Grand Slam. 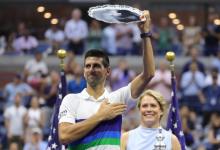 Djokovic's historic run at the Grand Slam comes to an end.
Unexpectedly easy, the Russian reached victory in three sets, 6: 4, 6: 4, 6: 4 after 136 minutes of play.
A huge burden was on Novak's shoulders, he couldn't stand it, it was felt in his game and he stopped at that last step in New York.

That brought him one step closer to becoming the first player to win a calendar Grand Slam, since Rod Laver back in 1969.
Djokovic won seven matches at the Australian Open, seven at Roland Garros and seven at Wimbledon.

After a great drama, World No. 1 defeated the fourth seed, Alexander Zverev, in five sets, 4: 6, 6: 2, 6: 4, 4: 6, 6: 2.
Three hours and 37 minutes of fantastic tennis, a giant fight, but only one could make it to the finals, the king of tennis who will play against Daniil Medvedev for the 21st career Grand Slam, fourth in New York in his ninth final at Flushing Meadows!

John McEnroe predicts Novak Djokovic will become the first man since Rod Laver in 1969 to capture the calendar Grand Slam by winning the U.S. Open.
"I anticipate that he's going to win the tournament, that's what I anticipate," McEnroe, a four-time U.S. Open champion, said.

Turkey beat the US 9-2 in the final match held at Makuhari Messe Hall. Sevda Altunoluk, 27, scored all nine goals, including a penalty, as

Turkish women's national team won against Poland on Aug. 31 to advance to the Final Four of the 2021 Women's European Volleyball Championship.

This season, Djokovic has won the Australian Open, the French Open and Wimbledon this year, and just needs the US Open crown to complete the set of all four Majors.
He is seven victories away from reaching that goal in New York - his first obstacle will be the Dane Holger Rune, the 145th player in the world.