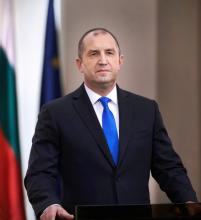 Bulgaria's President Rumen Radev on February 19 met with the Supreme Judicial Council (SJC) Representative Boyan Magdalinchev and members of the board of the SJC Prosecutors' College, Daniela Masheva and Yordan Stoev.

Ludogorets starts the Champions League this year with visit to Ferencvaros. The Bulgarian champion is visiting Budapest in the first match of the first qualifying round and will hope for a good result that will give them the appropriate starting points before the rematch.

Prior to the match coach Stoicho Stoev expressed his confidence that his team was completely ready.

Stoicho Stoev will be the new coach of Ludogorets, reports Sportal.bg. He will replace Antoni Zdravkov and will take his team this Sunday against Levski at Gerena. Today, the coach is expected to sign a contract with the Bulgarian champion.

Earlier, Sportal reported that Stoev had already split up with Arda. Stoev's assistant in Ludogorets will be Yavor Vulchinov.

Bulgarians turn out to be the shortest nation in Europe, the factors for this being both genetic and social, Assoc. Prof. Racho Stoev - Head of the Department of Anthropology and Anatomy at the Bulgarian Academy of Sciences, told BNT programme on 13th of February, reports BNT.

The lowest temperatures in June in Bulgaria will be between 10 and 15 degrees, and the highest - between 31 and 36 degrees, announced Krassimir Stoev to BTA, a meteorologist at the National Institute of Meteorology and Hydrology at the Bulgarian Academy of Sciences.

A Bulgarian, involved in ATM (automated teller machine) skimming, was shot dead by masked assailants at 10:20 p.m. on Thursday as he traversed Kalayaan Avenue in Quezon City. When Orlin Grozdanov Stoev, 38, approached Kamias Road at Barangay Pinyahan, the suspects opened fire at him.

The election process in Bursa is going very slowly and a lot of people there will not be able to vote, stated for BNR Kaloyan Stoev, an observer from the Bulgarian Helsinki Committee (BHC). 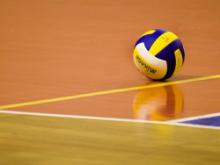 Two Bulgarian coaches, a father and son, will face each other at the final of Romanian volleyball league Divizia A1, which pits against each other the teams of Remat Zalau and Tomis Constanta.

Stoyan Stoev, who is coach of Remat Zalau, will face the team of Tomis Constanta under the guidance of his son Martin Stoev.