Turkey on March 17 congratulated North Macedonia on its accession to NATO.

"#NorthMacedonia's accession to @NATO has been ratified by all Allies. Congratulations my friend @Dmitrov_Nikola, welcome to the Alliance!," Turkish Foreign Minister Mevlüt Çavuşoğlu said on Twitter.

North Macedonia on Tuesday cleared the final hurdle to becoming the 30th member of the NATO military alliance after the Spanish Senate ratified its accession.

Spain's office at NATO said that 259 of the 264 senators endorsed the move. The bill was immediately signed by King Felipe and will be submitted to the US State Department for official confirmation within the next 72 hours.

However, Russia's attack has compromised Erdogan's attempt to portray Turkey as a regional power. In addition, Arab countries have joined the US policy in Syria and have left Erdogan out in the cold.

Akar will also hold bilateral meetings with his counterparts, the ministry said in a statement. 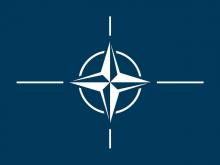 NATO Secretary General Jens Stoltenberg assured today that the upcoming major US military exercise in Europe is not aimed at Russia, AFP reported.

Exercise "Defender-Europe 20" will be the largest American transatlantic military deployment in 25 years.

NATO chief Jens Stoltenberg said on Jan. 21 Turkey is crucial in the fight against ISIL.

"No ally has suffered more terrorist attacks than Turkey. They are important in the fight against Daesh. They are the only ally which is bordering Syria and Iraq," he said, using the Arabic acronym for ISIL.

Stoltenberg's remarks came during a speech at the European Parliament in Brussels.

If the North Atlantic Treaty Organization considers that a more intense involvement against terrorism is important, Romania will participate, said Prime Minister Ludovic Orban, on Thursday, at the NATO headquarters. 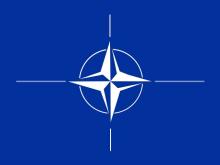 This happened after the assassination of Iranian General Qasem Soleimani in a US missile strike in Baghdad.

Bucharest, Dec 29 /Agerpres/ - Prime Minister Ludovic Orban will pay a working visit to Brussels, at the headquarters of the European institutions and NATO, on January 7-9. According to a Government's release, the head of the Bucharest Executive will have meetings with the President of the European Commission, Ursula von der Leyen, and NATO's Secretary General Jens Stoltenberg.