Vucic and Stoltenberg met on the fringes of a UNGA session in New York to discuss the situation in the Western Balkan region.

NATO Secretary-General Jens Stoltenberg will pay a two-day visit to Ankara on Sept. 8 and 9 to both show the alliance's support and solidarity with Turkey following the defeated coup attempt on July 15 and to discuss developments in Syria, after the Turkish army launched an incursion into its southern neighbor to fight against jihadists. 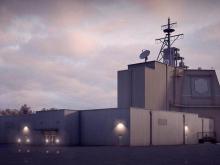 NATO Secretary-General Jens Stoltenberg, Romania's Prime Minister, Dacian Ciolos, and US Deputy Defence Secretary Bob Work took part in the ceremony that marked the activation the anti-missile system at the US Navy base at Deveselu.

Joint NATO patrols in the Aegean have had a "significant" impact on reducing refugee flows from Turkey to Greece, the alliance's secretary-general, Jens Stoltenberg, has told Kathimerini. 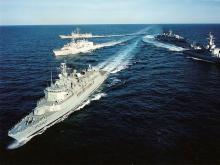 NATO is to begin naval patrols and surveillance and intelligence flights in the region, as well as intelligence gathering missions in the Aegean, to stop people smugglers.

"This is about helping Greece, Turkey and the European Union with stemming the flow of migrants and refugees and coping with a very demanding situation," NATO secretary general Jens Stoltenberg said.

NATO Defence Ministers have agreed that the Alliance will take part in the international efforts to stem the illegal trafficking and illegal migration across the Aegean Sea, Secretary General Jens Stoltenberg said on Thursday. 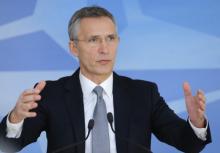 NATO Defence Ministers have agreed on an enhanced forward presence on the eastern part of the Alliance, Secretary General Jens Stoltenberg said on Wednesday.

NATO has ruled out sending ground troops to fight Islamic State in Syria, the organization's secretary general has said.

"That is not on the agenda of the coalition and the NATO allies. The United States has a limited number of special forces. In the foreground, however, is strengthening local forces. This is not easy, but it's the only option," Jens Stoltenberg said.