Ljubljana – A survey has found that signs of pandemic fatigue are already showing in Slovenia, and that it is becoming difficult for the people to follow the numerous restrictions and recommendations. The share of people who would get vaccinated is the highest so far, while young people are more sceptical about vaccines than older residents.

Experts tell us that the strongest emotion we feel as humans is fear, which we are unable to process individually. This leads to the belief that only an all-powerful institution, namely the state, can ensure the survival of a society and its citizens when they are faced with mortal peril, like the current coronavirus crisis. 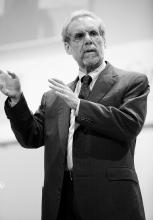 THE DIGITAL EVENT WITH DANIEL GOLEMAN

WHAT IS WOBI ON EMOTIONAL INTELLIGENCE? 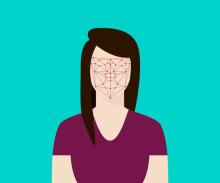 Amazon's facial recognition experts have boasted a breakthrough - their artificial intelligence software can now read fear on your face says.

The detection costs $ 0.001 per image, and maybe less if you need to process over 1 million photos.

Why is this so? At first glance, change does not seem like it should be that difficult. If there is something that you do not like about yourself, just change it. But this is a very rational approach, while change is always an emotional process. We all know that smoking and eating unhealthy food is bad for us, but we still do it.

The Onassis Cultural Center New York is the winner of the Global Fine Art Awards' 2017 Youniversal Award, as determined by popular vote, the center said on Monday following an award gala last week.

"A World of Emotions: Ancient Greece, 700 BC - 200 AD," which was on view from March 9 to June 24, last year, received the highest number of votes in the four-year history of the award.

Advances in cognitive neuroscience are enabling insights into the brain like never before. Neuroscientist Friederike Fabritius and Hans Hagemann, co-founder of the Munich Leadership Group, combine science with management consulting to discover which techniques for peak performance actually work, in their book The Leading Brain: Powerful Science-Based Strategies for Achieving Peak Performance.

Music has always been the language of intense emotion: we use it to mark great victories, mourn the passing of monarchs and loved ones alike, and soundtrack our relationships. Life without it is, for most of us, almost unthinkable. But why does it touch us so deeply?

The mini-summit of states on the so-called Balkan migration route and the United Nations General Assembly both fell short of bringing about meaningful change regarding the universal problem of migration.