Three researchers who "harnessed the power of evolution" to produce enzymes and antibodies that have led to new drugs and biofuels have been named winners of the Nobel Prize in chemistry.

Titan Group announced on Tuesday it has joined the newly established Global Cement and Concrete Association (GCCA), a global organization dedicated to strengthening and promoting the sector's contribution to sustainable construction.

Kathimerini, one of Greece's leading daily papers, is among more than 30 organizations from around the world that have joined forces in the SDG Media Compact, a United Nations initiative aimed at advancing awareness of a series of Sustainable Development Goals (SDGs) that were unanimously adopted by all world leaders in 2015.

Turkey has moved another historic building in a southeastern town that would be flooded due to a new hydropower plant. Click through for the story in photos...

In southeastern Turkey, a top city official for disabled affairs is blind, but still makes his way down the streets in an official vehicle using pedal power - not a car, but a bicycle.

A lynx, a wild cat in the International Union for Conservation of Nature's (IUCN) Red List of Threatened Species, has been photographed in the eastern Turkish province of Tunceli. 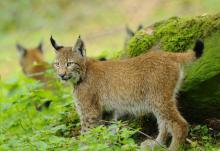 The Macedonian wildcat, or Balkan lynx, is a national symbol of Macedonia and one of the rarest animals in the world.

Bourgas City Council adopted a project proposal for "Design and construction of anaerobic installations for separately collected biodegradable waste". The project is expected to be financed with BGN 30 million under the Operational Program "Environment".   e-Burgas.com wrote about the idea in January.

A few days ago, the Belgian government announced it would allocate another large area near the French waters to build new wind farms after 2020.

Following locals' reaction to a potential quarry construction on the Aegean resort island of Gökçeada, the relevant engineering and consultancy company has withdrawn their application for an environmental impact assessment (EIA or ÇED), which had been submitted earlier to the Environment and Urbanization Ministry.