At least seven civilians, including children, were killed and three others were wounded in a regime attack on Syria's northwestern Idlib province early on July 22.

According to the Syria Civil Defense, or White Helmets, the regime and supporting terror groups conducted an attack on the Iblin village, south of Idlib, with ground-to-ground weapons.

Turkey condemned the meeting of French President Emmanuel Macron with members of "the so-called 'Syrian Democratic Council,' which is under the control of the PYD/YPG, the Syrian extension of the terrorist organization PKK," Foreign Ministry spokesperson Tanju Bilgiç said in a written statement on July 20.

As stated, the air defense intercepted one of the missiles, and the other fell on the open area. There were no reports of injuries or damage.
Rocket fire from Lebanon is the first such cross-border incident since May when Palestinian extremists fired rockets at Israel during the 11-day war between the Israeli military and extremists Hamas, which rules in the Gaza Strip.

The Israeli army announced that it responded to the attack with artillery fire, Reuters reports. Other agencies report that no one was injured, nor was any material damage done.
One of the rockets was shot down by the air defense, and the other fell on an uninhabited area, the army added.

Turkey's National Defense Ministry said on July 14 that 35 bodies were found in the northern Afrin district of Syria and the number of deaths might increase. 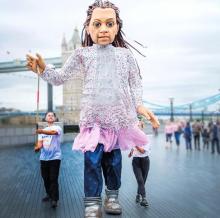 The journey of a 3.5-meter-tall puppet en route to the U.K., prepared as part of a project titled "The Walk" that is sharing the life story of Little Amal, a 9-year-old Syrian refugee, will begin in the southeastern province of Gaziantep. 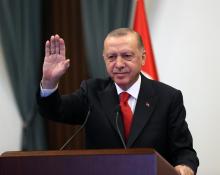