Once the infrastructure is ready, the current internet speed will increase from 30 mb/s to 100mb/s, Standart News reports.

BELGRADE - Serbian citizens spent over RSD 22 million daily on online shopping in 2013, the data of the National Bank of Serbia (NBS) show.

According to the data, around RSD 8.16 billion were spent on online shopping via local and foreign internet portals, which is by RSD 2.3 billion more than in 2012. 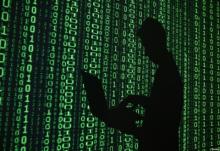 The official websites of the Russian president and the Bank of Russia became target of a series of coordinated cyber attacks by hackers, officials said Friday.

"A powerful attack on the site is ongoing," a spokesperson for the Kremlin said Friday. "Measures are being taken to restore the normal functioning of the site."

TV reporting on the Serbian election campaign has given a distinct advantage to the Progressive Party, research by the Bureau for Social Research, BIRODI, suggests.

MEPs have backed the adoption of a common charger for all mobile phones sold in the EU in a bid to reduce waste, costs and hassle for users.

Thursday's vote in the EP concerns an update to EU radio equipment laws and is based on a proposal by the European Commission (IP/12/1109).

The new vehicles will be sold in Southeast Europe and cost 135,000 euros. Also in business news: Bulgaria will receive 127 million euros from the EU to help establish an e-governance programme.

BELGRADE - Acquisition of recognized certificates and work on adding value to products are of great significance for food export, experts said at a conference on agriculture related business in Serbia.

Irina Bokova is a Bulgarian politician and diplomat, the Director-General of UNESCO. In 2013, she was re-elected for a second term as the head of the organization.

Bokova has been a Foreign Minister of Bulgaria (1996-1997) during the government of PM Zhan Videnov, as well as a former Ambassador of Bulgaria to France and to Monaco.


ANKARA -- Turkish Prime Minister Recep Tayyip Erdogan has said he would ban the use of Facebook and YouTube in Turkey after the March 30 elections in that country.

"There are new measures that will be taken after March 30, including a ban on Facebook and YouTube," Erdogan told private Turkish television ATV.