Iran's police said on Jan. 13 officers had not fired at protesters demonstrating over Tehran's admission that it shot down a passenger plane, as video on social media recorded gunshots and pools of blood.

Iranian protesters gathered for a third day on Jan. 13 in the capital amid public anger over the military's admission that it had shot down a civilian airliner last week, videos from inside Iran posted on social media showed.

It was not immediately possible to authenticate the video.

A video verified by the New York Times reportedly shows an Iranian missile hitting a plane above Parand.
It is a location near the Tehran airport, where the Ukrainian aircraft stopped transmitting its the signal before it crashed.

Iranian authorities have ordered  several schools in in Tehran and several other cities in the country to be closed today because of the dangerous air pollution, health reports stated.

Tehran lay under a thick cloud of smog considered hazardous to health for several days now. Yesterday, the cloud could be seen from the valleys more than 20 kilometers north of the city. 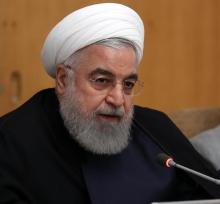 Iran said on Sept. 6 it had taken a step to further downgrade its commitments to a 2015 nuclear deal with the world's most powerful nations, according to Iranian media, in retaliation to U.S. sanctions reimposed on Tehran.

An Iranian tanker at the center of a confrontation between Washington and Tehran is no longer recorded as heading for Turkey, Refinitiv Eikon shipping data showed on Aug. 26, having switched to a Turkish destination at the weekend. 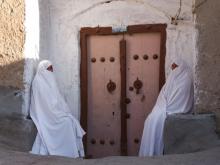 Iran will allow women to visit the stadium for the national qualification of the national football team against Cambodia on October 10 in Tehran.

This was announced by the country's sports ministry after FIFA threatened their federation with fines if they did not soften the rules for women's attendance at matches. 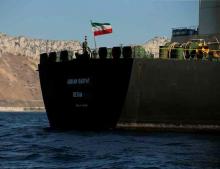 An Iranian-flagged oil tanker pursued by the United States amid heightened tensions between Tehran and Washington changed its listed destination to a port in Turkey after Greece said it wouldn't risk its relations with America by aiding it.

An Iranian-flagged oil tanker pursued by the U.S. amid heightened tensions between Tehran and Washington changed its listed destination to a port in Turkey early Saturday after Greece said it wouldn't risk its relations with America by aiding it.