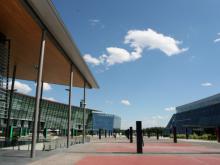 Norwegian telecommunications operater Telenor on Wednesday said that it is selling its mobile operations in Bulgaria, Montenegro, Serbia and Hungary, as well as the technology service provider Telenor Common Operation. 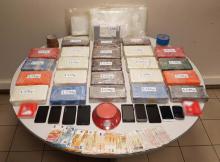 According to a statement, 23 kilograms of high purity cocaine were seized during a joint operation of Serbian and Greek police, and the US DEA.

B92 has learned that the operation took place on Monday in Preveza, a town in northwestern Greece. Five persons have been arrested - four foreigners and one Greek, aged between 47 and 57. 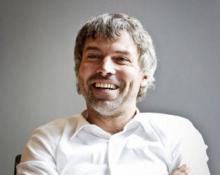 The Swedish Modern Times Group (MTG) has sold the Nova Broadcasting Group to the Czech PPF Group, both sides said on Monday. The company, which is under the control of billionaire Petr Kellner, specializes in banking and financial services, but also in telecoms, real estate and biotechnology.

Norwegian telecom Telenor negotiates with a US fund to sell its businesses in Bulgaria, Serbia and Montenegro for a price of 2 billion euros. This is reported by the specialized Mergermarket, referring to three unofficial sources. Capital has confirmed from a single source that the prospective buyer has been selected as exclusive in December.

OSLO - Serbian PM Ana Brnabic met with representatives of the Norwegian employers' union on Thursday, noting that she was hoping for Norwegian investments in the Serbian IT and energy sectors.

Speaking to reporters after the meeting, she said Telenor had presented its experiences in Serbia, commending Serbian engineers and their knowledge.

BELGRADE - Serbia will end this year with a budget surplus and we hope that next year's deficit, if any, will be minimal - below one percent, Serbian President Aleksandar Vucic said Wednesday.

BELGRADE - At the invitation of FM Borge Brende, Serbia's First Deputy PM and FM Ivica Dacic is on a two-day visit to Norway, where he will speak with his counterpart and meet with members of the standing parliamentary committee on foreign affairs and defence.

Dacic will also visit the headquarters of telecoms giant Telenor, which has a significant market share in Serbia.

The Organized Crime Prosecution has stopped the investigation against BK Group owner Bogoljub Karic and several others suspected of abuse of official position.

Telecoms operator Telenor has been fined over BGN 5.2 M by the Commission for the Protection of Competition (KZK) because it misled customers about the speed of the 4-G network offered by the company for nearly a year and, thus, attracted clients by violating the rules of competition.