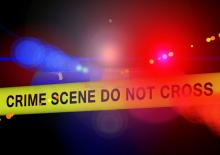 Six people were killed in a shooting in the German city of Rot am See, Baden-Württemberg.

The suspect opened fire in a cafe, TASS and BGNES reported.

Cops and rescuers are on site.

According to preliminary data from the police, the conflict that led to the incident occurred for domestic reasons.

A Turkish prosecutor called for a sentence of up to 18 years for a delivery man who spat on a customer's pizza before handing it over.

The incident -- which happened in 2017 in the central city of Eskişehir -- was captured by a security camera in the customer's apartment block.

On his fifth attempt, Iraqi refugee Wisam Sami finally succeeded in reaching Greece with thousands of others fleeing war in his homeland. Now he is setting his sights on the Paralympics.
Four years after reaching Greece on a journey that took him from war-torn Mosul to Athens via Turkey, Sami is hoping to bag a spot to compete in fencing at Tokyo 2020.

A masterpiece by a late Ottoman master was sold at auction on Sept. 28 in London for over 6.3 million pounds (almost $7.4 million).

According to the widow of the 54-year-old man, Juel Bestrop, her husband left this world late last night (September 22) at their home in Los Angeles.

Game of Thrones received 32 nominations in the 2019 Emmys and won the best drama award at the ceremony on Sept. 22.

The traffic on the Bulgaria-Greece Kulata border checkpoint is very intensive over the last weekend.

Waiting at the border takes longer than usual which leads to massive car queues.

It is recommended for the drivers to drive very carefully.

Two men were arrested on Friday for the murder of a 68-year-old foreign national in Korydallos, near Piraeus, last year.

Both suspects, two Greek men aged 43 and 46, have been charged in the past with robbery and membership of a criminal organization, as well as drug dealing and arms possession. 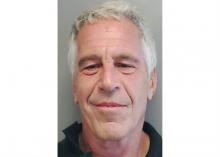 The autopsy report of Jeffrey Epstein, the disgraced financier who died in an apparent suicide in his jail cell, found that he had several broken bones in his neck, the Washington Post reported late on Aug. 14.