Television in the United States 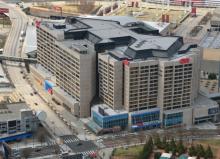 When a journalist is arrested at a protest, the free and fair gathering of the news is arrested, too.

Moscow (CNN): Three frontline health care workers have mysteriously fallen out of hospital windows in Russia over the past two weeks, heightening public attention to the working conditions for doctors and medical professionals amid the coronavirus pandemic.

Two of those health care workers are dead, and one remains hospitalized.

The renowned CBS news program, 60 Minutes, will showcase the rebuilding of the Saint Nicholas Greek Orthodox Church and National Shrine at the World Trade Center on April 12, whih coincides with Western Easter 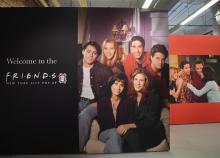 It's finally happening! The cast of the hit U.S. sitcom "Friends" is reuniting for a 25th anniversary special, much to the delight of fans.

It's finally happening! The cast of the hit U.S. sitcom "Friends" is reuniting for a 25th anniversary special, much to the delight of fans.

A sequel to Game of Thrones, entitled "House of the Dragon," has been commissioned by HBO, WarnerMedia reported.

The new epic fantasy world of George R.R. Martin will follow events that happened 300 years before the events of the hit television series "Game of Thrones" and is based on the book "Fire and Blood", AFP reported.

In 5 hours and 16 minutes, she gained 1 million followers. Jennifer Aniston, known for her role in the hit comedy series Friends, joined Instagram on October 15th.

The Kremlin on Wednesday condemned as unacceptable an alleged US ultimatum to Turkey designed to force it to cancel a deal to buy Russian S-400 surface-to-air missile systems and purchase US Patriot missile systems instead. 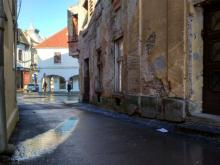 Journalists and politicians need to take a fresh look at the town that fell in 1991, one that addresses the issues of today, not only the war of the past, according to a panel discussion.

Three migrant fishermen received Greek citizenship on Jan. 2 for helping rescue dozens of people who were forced into the sea by flames from a summer wildfire that caused 100 deaths.