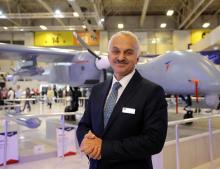 The Turkish Aircraft Industries (TAİ) has a 380-kph-capacity unmanned aerial vehicle (UAV) in the works, according to its CEO.
TAİ, which introduced the new Aksungur 180-kph UAV at last week's International Defense Industry Expo (IDEF'19) in Istanbul, is working on a supersonic UAV called Goksungur, Temel Kotil told Anadolu Agency. 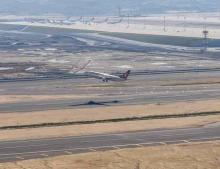 The newly built mega Istanbul Airport has served more than 405,000 passengers to date, Bilal Ekşi, the general manager of the flag carrier Turkish Airlines, has said.

Turkey's TAI wants to build cooperation with Boeing in the U.S. company's new plans to develop a mid-range aircraft, TAI President and CEO Temel Kotil said on May 8.

Speaking to state-run Anadolu Agency, Kotil said he has already written to Boeing regarding the issue.

This is my service to my state and to my nation. I have practical solutions to two current issues: I want to convey my recommendations and very valuable views to the people of this country. There is nothing left to lose.

Turkish Airlines has appointed Bilal Ekşi, the head of Turkey's civil aviation authority, as its new general manager. Ekşi will replace Temel Kotil, who has been in the post since 2005.

Kotil, who has been running THY since 2005, the airliner's most successful years of growth—took over TAI's top position from Muharrem Dörtkaşlı.

Turkish Airlines CEO Temel Kotil has called for tourism representatives to create a task force and to focus on Asia and Africa as the sector players have voiced their concerns amid escalating risks affecting the country's tourist numbers.