China on Feb. 12 reported another drop in the number of new cases of a viral infection and 97 more deaths, pushing the total dead past 1,100 as postal services worldwide said delivery was being affected by the cancellation of many flights to China. 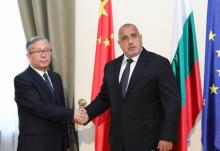 ,,Bulgaria highly values ​​relations with the People's Republic of China. We hope for the 70th anniversary of the establishment of our diplomatic relations this year to achieve significant results in practical cooperation and to raise our relationship to a new, higher level. "

Heavy smog in northern China yesterday caused hundreds of flights to be cancelled and highways to shut, disrupting the first day of the new year holiday.

Large parts of the north were hit by hazardous smog in mid-December, leading authorities to order hundreds of factories to close and to restrict motorists to cut emissions.

The Beijing New Airport Terminal Building will be located on the opposite side of the city from Beijing’s existing Capital Airport. 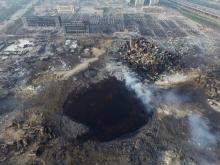 As many as 112 people have now officially been declared dead as a result of the blasts in the Chinese port city of Tianjin earlier this week.

An evacuation was triggered earlier over fears that cyanide had been found near the site of the explosion. The reports have now been confirmed, the BBC says.

More than 720 people have been taken to hospital.

Chinese authorities ordered the evacuation of citizens within a radius of three kilometres from the site of the exploded warehouse in Tianjin over fears of chemical contamination with the highly toxic sodium cyanide.

The death toll from huge warehouse explosions in the Chinese port city of Tianjin has increased to 50 by Thursday evening, including 17 firemen, Xinhua news agency reported.

About 700 people were admitted to hospital with injuries of various degrees. Seventy of them are in critical condition, Xinhua said, citing reports of local authorities.

A series of huge explosions shook the northern Chinese city of Tianjin late Wednesday, killing at least 44 people and injuring hundreds more, officials and state media reported, according to the BBC.

The cause was not immediately clear.

Liu Yue, a 25-year-old Tianjin resident, said she felt the first blast but didn’t think too much of it.

TIANJIN - Serbia's Jelena Jankovic failed to qualify for the quarterfinals of the WTA tournament in Tianjin, after losing to China's Zheng Saisai 6-3, 6-3 in the second round on Thursday.

Jankovic continued her unpredictable trend this season. Although seeded first, she failed to capitalize on the role of the favorite against the 20-year-old Chinese, currently world number 112.

TIANJIN - A China Development Bank (CDB) delegation will visit Belgrade within the next two weeks to discuss the financing of transport infrastructure projects, Serbian Prime Minister Aleksandar Vucic has said.