Preparing to head to Kabul, Pakistan's prime minister reiterated on April 5 his country's full support for Afghanistan's efforts to revive the long-stalled peace process with the Taliban.

The attack seems to have been directed against the people gathered to pay tribute to Abdul Ali Mazari, a political leader of the Shiite minority of the Hizarreans killed by the Taliban in 1995, a deputy interior minister spokesman said.

Pakistanis have elected a woman from the country’s marginalized Hindu minority to the senate for the first time ever in an election in which a Taliban-linked cleric was defeated.

In an unexpected overture at a time of increasing bloodshed in Afghanistan, the Taliban have published an open letter expressing a desire for peace talks and calling on the "American people" and "peace-loving congressmen" to pressurise the Donald Trump administration into negotiations, The Guardian writes.

A suicide bombing has killed at least three people and injured 79 others in the centre of Afghanistan's capital, Kabul, officials say, quoted by BBC.

It happened near the old interior ministry building, which is close to the offices of the European Union and the High Peace Council.

A Greek national is thought to be among the victims of Saturday's Taliban siege of a hotel in Kabul, Greece's ANA-MPA news agency quoted Afghan authorities as saying on Sunday.

We were stopped in front of the walls and in the end, we went back where we came from. Now, I and my family know that it was a mistake. A big mistake. 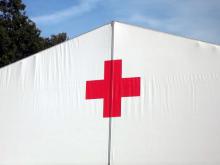 The International Committee of the Red Cross will "drastically" cut back its operations in Afghanistan following attacks that have killed seven of its staff this year, the aid group said on Monday, quoted by Reuters.

Estonian Minister of Justice Urmas Reinsalu  responded to his Greek counterpart, Stavros Kontonis following the uproar caused by the decision by Greece to not participate in the recent European Day of Remembrance for Victims of Stalinism and Nazism in Estonia.

In Sunday's edition of Kathimerini, opposition chief Kyriakos Mitsotakis wrote an op-ed titled "Let us write our own history," in which he rightly stressed that Greece's challenge is to exit the crisis, start doing well and regain international confidence and credibility, along with its place in a rapidly changing Europe and world, instead of becoming obsessed with issues that belong in the pas