Turkey said on Tuesday a US warning that Ankara would be removed from Washington's F-35 fighter jet program unless it drops a planned purchase of a Russian air defense system was out of keeping with the spirit of NATO partnership.

The calendar-adjusted retail sales volume index declined by 6.9 percent on an annual basis in April, the Turkish Statistics Institute (TÜİK) announced on June 18.

Stopping attacks by the Syrian regime is the responsibility of Russia and Iran as guarantor states of peace, Turkey's foreign minister said on June 16, hours after an Assad regime attack on a Turkish observation post in northwestern Syria. 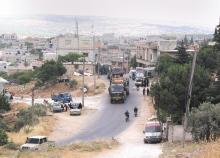 A Turkish observation post in Syria's Idlib region was attacked with mortar fire and shelling from an area controlled by Syrian government forces and it was retaliated with heavy weapons, Turkish Defense Ministry said on June 16.
The "deliberate" attack from Idlib region's Tall Bazan area to the Turkish post in Murak area caused damage but no casualties, the ministry said.

A Turkish festival kicked off in the Russian capital on June 14.

A total of 48 terrorists have been neutralized since May 27 in Turkey's counter-terrorism operation in northern Iraq, an official statement said on June 14. 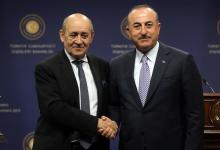 Turkey has warned France over its ties with the YPG in Syria, a group Ankara considers as terrorist, reiterating its concerns that support to the group would pose great risk to the unity and territorial integrity of Syria.

On the eve of the latest legislation in the United States House of Representatives putting pressure on Turkey over its S-400 missile system purchase, Nicholas Danforth - a veteran Turkey analyst at the German Marshall Fund - posted a warning on Twitter that perfectly captured the dilemma in US-Turkey relations:

Two Turkish soldiers, who were injured in a clash with militants in eastern Turkey, succumbed to their wounds, security sources said on June 12.