The currency lost 3% against the US dollar 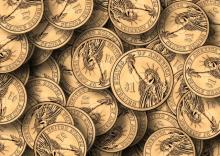 A trillion dollar coin could be created by the US Minister of Finance and deposited into the account of the US Central Bank to repay an equivalent share of US debt. In full impasse on the debt ceiling, the idea, considered far-fetched, is evoked by elected officials and on social networks.

The Turkish Central Bank's total reserves stood at $105.8 billion as of July 31, the bank announced on Aug. 27.

Official reserve assets jumped 8.3% compared to $97.7 billion as of end-June, according to the bank's international reserves and foreign currency liquidity report. 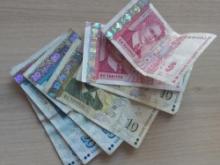 The Treasury and Finance Ministry said on Feb. 12 it has mandated Citigroup, Kuwait Finance House and Standard Chartered for a U.S. dollar denominated lease certificate issuance on the international capital markets.

The Turkish Treasury has borrowed $2 billion through a U.S. dollar-denominated bond issue due April 2029.

The U.S. dollar retreated against the euro, giving up all the gains logged after a robust U.S. jobs report, following comments from Federal Reserve Chairman Jerome Powell that the U.S. central bank will be sensitive to the downside risks the market is pricing in.