Russia deployed its first regiment of hypersonic nuclear-capable missiles on Dec. 27, the Defence Ministry said, a move which President Vladimir Putin has boasted puts his country in a class of its own.

Defence Minister Sergei Shoigu has informed Putin of the deployment, according to a ministry statement that did not disclose where the missiles were located.

Despite pressure from the U.S. against proceeding with a purchase of Russian missile defense systems, India has already paid for 15 percent of the total cost, an Indian media report claimed on Nov. 15

Russia said on Tuesday that the U.S. test of a ground-launched cruise missile was regrettable and showed that Washington had long been preparing for the demise of the Intermediate-Range Nuclear Forces Treaty, TASS news agency reported.

The Aegis Ashore anti-missile system commissioned at the 99 Deveselu Military Base Romania will undergo a previously planned update process in accordance with the decisions adopted at NATO level and under a bilateral agreement between Romania and the United States of America.

The Aegis Ashore anti-missile system commissioned at the 99 Deveselu Military Base Romania will undergo a previously planned upgrade process in accordance with the decisions adopted at NATO level and under a bilateral agreement between Romania and the United States of America. 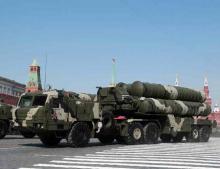 Turkey is committed to its deal with Moscow to purchase S-400 missile defense system, a senior Russian official said on April 3. 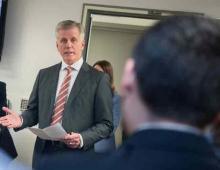 The U.S. warned of "grave consequences" on March 9 if Turkey purchases the Russian S-400 missile defense system because it could affect the deal for F-35 fighter jets and the Patriot missile system. 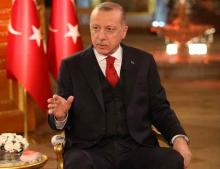 Turkey will not change course on buying the S-400 missile defense system from Russia, but the country could also accept a "good offer" on U.S. Patriot missiles, Turkish president said on Feb. 26.

U.S. President Donald Trump signed a directive on Tuesday to outline the establishment of the Space Force as the newest branch of the military, reported VOA NEWS.

Space Policy Directive 4, which VOA obtained a copy of ahead of the signing, says the force will adapt U.S. national security "to deter aggression and protect our interest" in space.