The 28th edition of the Varna Summer'2020 International Theater Festival will be held until December 6. The Festival was postponed in June owing to the Coronavirus pandemic. 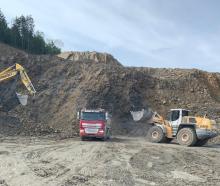 "Let the Bulgarians see how a road is made in the rock, the builders work like bees. They have made great progress. What I have made as a commitment to the North and the Northwest is working at full speed. To be alive and healthy next year this road will be ready.

The deadline for the completion of the Hemus highway, which is to connect Sofia and Varna, will be met. This is what Prime Minister Boyko Borissov said in Varna. According to him, the coronavirus crisis would not affect construction activities and the key highway for northern Bulgaria should be ready in 2024. 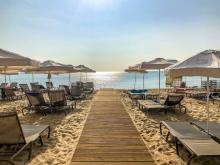 There are already 25 beaches on the Bulgarian Black Sea coast, which offer the use of free umbrellas and sunbeds for the active summer season of 2020, the Ministry of Tourism announced.

Tons of dead fish have covered a part of the shores of Lake Varna, according to a video posted on the Internet. The video was shot today on the southern shore of Varna Lake near the village of Konstantinovo.

Whether the dead fish has anything to do with faecal contamination remains to be seen because of the broken pipeline.

A temperature record was registered in Varna - 29 degrees were measured at 12 o'clock. This was announced by NIMH in the sea capital, quoted by BNR.

The previous temperature record was in 1938, when 27.6 degrees were measured on the same date. 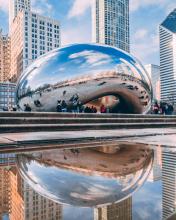 Bulgaria is one of the eleven countries from Southeastern Europe that will take part in an exhibition at the The Field Museum in Chicago. 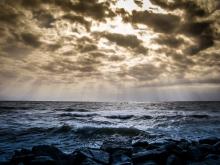