Ljubljana – Only a day after putting out a proposal on taxation of trading in cryptocurrencies, the Financial Administration (FURS) said it will amend the proposal amid a strong response from stakeholders to give taxpayers the option to chose between paying tax either on the profits they make or as a percentage of the cryptocurrency they cash in.

Ljubljana – The Financial Administration (FURS) has proposed changing how income from cryptocurrencies is being taxed so that a 10% tax rate would be imposed when the cryptocurrency is spent or turned into cash.

The administration proposes the tax, at a rate of 10%, be paid on the amount of cryptocurrency turned into another currency or spent for goods or services.

In most countries, governments are indecisive about their stance on Bitcoin and other cryptocurrencies. While some countries have banned Bitcoin, others have allowed their citizens to use it freely. Many governments are yet to declare their stance on Bitcoin, while some are preparing for their official adoption. Countries like El Salvador are ready to use Bitcoin as a legal tender.

There is so much that has changed in the world and technology is a major contributor. The world, as we know, has really changed and most activities are now digitized. You may have come across digital currencies and may be wondering how to invest in such trade. Cryptocurrency is no longer a foreign term as it seems to be taking over the financial markets.

Currently, the controlling bodies in the European Union detect only 1% of the proceeds from money laundering on the Old Continent, BNT reported.

Austria's leading telecom A1, which owns the mobile operator of the same name in Bulgaria, has announced that it has allowed its customers to pay with cryptocurrency in a pilot project aimed at testing the popularity of virtual payments, BNR reported.

Customers can pay with bitcoin, litecoins, dash and other cryptocurrencies in certain stores in the country, the company said.

Today, Facebook is expected to present its cryptocurrency. It is reported that the virtual currency will be convertible into dollars and euros.

The $ 1 billion project named "Libra" has been developed for over a year and has the support of over 12 corporations. 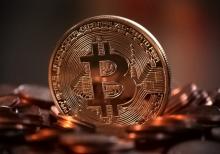 The Virtual Currency Bitcoin has reached a price of $ 6,124.10 today - its highest value in 2019 to date. Bitcoin rises 0.49% in the morning, according to Coin Desk. Most of the other cryptocurrencies, however, are traded in different directions.

Japanese online broker Monex Group said on April 6 that it would buy virtual currency exchange Coincheck, which was hit by a massive hack that saw thieves steal hundreds of millions of dollars in virtual currency. 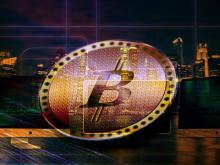 Bitcoin slid another 13 percent to below $6,000 on Tuesday, bringing the world's best-known cryptocurrency's losses to more than half since the start of 2018.

Bitcoin has fallen heavily in recent sessions as worries about a regulatory clampdown on the nascent market and panicked investors push prices lower. The virtual currency hit a peak of almost $20,000 in December.