Begec and Futog are towns near Novi Sad, the administrative center of Vojvodina. Mt. Fruska Gora is also located in Serbia's northern province.

The protocol concerns the realization of the project ONAsnazivanje, and was inked by Fund B92, the City of Sremska Mitrovica, the City of Pancevo, and the City of Sombor, as well as their respective welfare centers.

The opposition SRS party group in the Assembly of Vojvodina will submit an initiative to open a Serb-Russian center in this Serbian province.

The opposition SRS party group in the Assembly of Vojvodina will submit an initiative to open a Serb-Russian center in this Serbian province.

A retired police officer from the town of Becej used a hand grenade to commit suicide in his family home on Tuesday night, B92 has learned unofficially..

The body was discovered by his daughter, who is also a police officer, working at the Novi Sad Police Directorate.

Two Austrians, a man and a woman, have been arrested in Backo Petrovo Selo in northern Serbia on charges of paying minors to take their photographs.

They are suspected of then selling this content online to pedophiles.

An off-duty police officer in the town of Temerin in northern Serbia has disarmed a man who was in the street, holding a hand grenade.

The Novi Sad-based website 021.rs reported on Monday that the suspect is 45-year-old B.S., from Zitiste, also a town in the Vojvodina province. 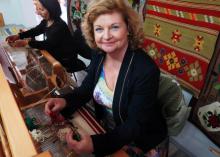 On Saturday, the third weavers’ colony in Stapar next to Sombor in Vojvodina, was visited by high ranking diplomats and government officials. 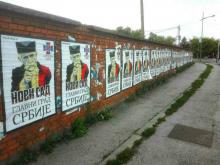 The far-right Serbian League says Serbia's northern city of Novi Sad should become the capital of the country, instead of Belgrade.

Serbian League head Aleksandar Djurdjev, told BIRN that his movement sought the the "decentralization of Serbia. 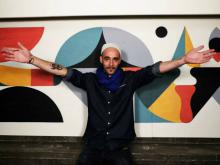 The French-born mural artist Guillaume Alby, known as Remed, whose works are displayed across the world, has told BIRN that he is on his way back to Novi Sad in northern Serbia, where would have liked to do something different on the same surface that was erased.