Topics of discussion will encompass the crisis in Eastern Europe and the situation in the Western Balkans. In the last few days, Macron has taken on the role of mediator in an attempt to resolve the crisis in Ukraine.
Yesterday, Macron talked on the phone with Vladimir Putin for almost two hours, and immediately afterwards with the President of Ukraine, Volodymyr Zelensky.

Information is coming from Lugansk that two more civilians were killed in last night's shelling. The United States believes that Vladimir Putin has broken through and plans to invade his neighbor.
Zelensky and his government honestly do not believe that Russia will attack.
Western intelligence services warn that Russian commanders have been ordered to attack Ukraine.

"Bulgaria stands entirely behind Ukraine, and Russia could face serious and comprehensive sanctions at any moment." This was announced to BTV after the end of the Munich Security Conference by Bulgarian Foreign Minister Teodora Genchovska.

Evidence suggests that Russia is planning "Europe's biggest war since 1945" in scale, said British Prime Minister Boris Johnson. "The fact is that all indications are that the plan is already in place," he said in an interview with the BBC. 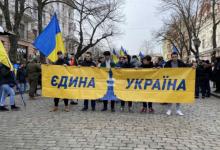 Separatist forces and the Ukrainian military accuse each other of violating the ceasefire in eastern Ukraine. 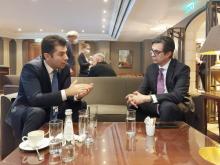 "I had the opportunity to talk with the Bulgarian Prime Minister Petkov on the sidelines of the Munich Conference after our recent meeting in Skopje." This was written today on his Facebook account by the President of the Republic of North Macedonia, Stevo Pendarovski. 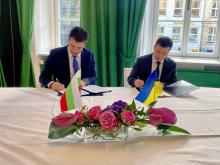 With the President of Ukraine Volodymyr Zelensky, he signed a joint declaration in support of Ukraine's European perspective. 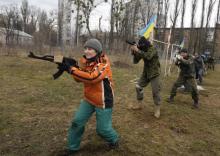 Ukrainian President Volodymyr Zelenskyy, facing a sharp spike in violence in and around territory held by Russia-backed rebels and increasingly dire warnings that Russia plans to invade, on Saturday called for Russian President Vladimir Putin to meet him and seek resolution to the crisis.

Russia has deployed up to 7,000 additional troops on the border with Ukraine, some of whom arrived yesterday, a senior White House official was quoted as saying by AFP.

The agency notes that the statement came after Moscow announced it had begun a partial withdrawal of its forces from the area.

Some Russian Troops are Withdrawing from the Border with Ukraine

Such warnings were issued by Ukrainian President Vladimir Zelensky. However, the situation remains critical.
The night behind us was spent in the appeals of world officials for a policy of peace to prevail, and for the President of Russia, Vladimir Putin, to give up attacks on Ukrainian territory.