Serbia's Defence Minister Aleksandar Vulin attended a commemoration in Montenegro on Tuesday to mark the 20th anniversary of the murder of Yugoslav Defence Minister Pavle Bulatovic in 2000. 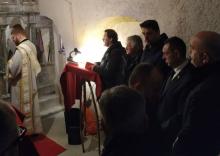 According to Sputnik, it happened on the eve of the travel to Rovca near Kolasin, where the Serbian defense minister was supposed to lay a wreath at Pavle Bulatovic's monument today.
Vulin is also expected to attend a liturgy at the Kostrikovaca Monastery.

Accompanied by MP Ivan Kostic, Obradovic entered the hall during the session, with a large banner against the Montenegrin authorities, and stood by the speaker's stand, causing disturbance that followed. Then, the President of the Serbian Assembly Maja Gojkovic adjourned the session and called on the MPs and security for peace and to remain calm. 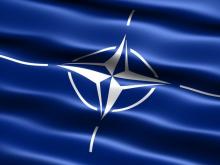 For the next year, he announced the first military exercise with China.
"We are cooperating with the NATO Alliance, but we are also cooperating with the CSTO (the Collective Security Treaty Organization made by former USSR countries) that do not ask us to give up part of the territory", Vulin said at the Serbian Parliament.

According to him, more information is expected by tomorrow about the alleged spy affair.
"Chief Commander is gathering information and I expect him to call and bring together all intelligence and counterintelligence chiefs, as well as the Chief of the General Staff of the Serbian Armed Forces, tomorrow," Vulin said.

According to Minister Vulin, while President Aleksandar Vucic is in charge, Serbia will not join NATO or any other military alliance.

The president wanted to know about Mikhail Krasnoshchekov's health.

More than 4,000 Serbian soldiers and police officers were taking part, along with 300 combat and other vehicles and systems, and around 40 aircraft.