The Military Information Sevice at the Ministry of Defense has informed the Defense Parliamentary Committee on the current military and political situation in Southeast Europe and the implications for national security, according to BNR. 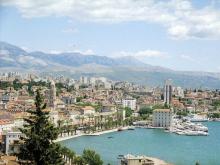 Witnesses in the Lora case told the court they did not recall Croatian military police committing war crimes against Serb civilians and POWs in the Lora prison camp in Split in 1992.

Gunner's mates inspect linked belts of Mark 149 Mod 2 20mm ammunition before loading it into the magazine of a Mark 16 Phalanx close-in weapons system aboard the battleship USS MISSOURI - Photo: Wikipedia

North Korea's nuclear testing and missile development program and U.S. opposition to it has recently turned into a credible threat not only to East Asia, but also to international security.

The Serbian Army want to take part in demining operations in Syria, including in Palmyra, but currently lack the capacities for this.

Defense Minister Zoran Djordjevic said this in Moscow on Tuesday.

US Defense Secretary Jim Mattis has said that Washington "will confront Russia" after a top US military commander claimed Moscow is "sending weapons" to the Taliban. No specifics or evidence were provided to support the claims which Moscow has previously denied.

Turkey has condemned an attack on a military base in northern Afghanistan that claimed the lives of dozens of soldiers and injured many others.

As many as 140 Afghan soldiers were killed on April 21 by Taliban attackers apparently disguised in military uniforms in what would be the deadliest attack ever on an Afghan military base, Afghan officials said.

During the Korean War (1950 to 1953) America and her allies sided with South Korea, while Russia and China sided with North Korea. Among their many weapons, the US had the North American F-86 Sabre (also called the Sabrejet), while North Korea used the Russian MIG-15. Both sides were therefore curious to know about the other’s planes. Which is why, the Soviets decided to steal a Sabre.