Water Quality Commission -Haskovo urged local consumers not to use the water for drinking purposes because of the possibility of inflated values of natural uranium, the company warns.

The crisis came after an accident at theYabalkovo pumping station. Because of the shutdown of the seed station, one of the tanks responsible for mixing the water has been exhausted.

Then the good queen heard their prayers and started to cry. Her tears created two mighty rivers, which carved several lakes. The drought was over. Today that area is known as the Plitvice Lakes in Croatia. This is the myth about how they were created.

Water levels in the dams supplying Istanbul have reached 79.4 percent thanks to recent rainfall.

Data from the Istanbul Water and Sewage Administration (İSKİ) showed that water level in Istanbul dams were at 24 percent on Jan. 11, when the city's water supplies were at alarmingly low levels, but increased by almost three times in three-and-half months.

Ljubljana – Marking World Water Day, experts stressed the importance of waters and the need to protect the abundance of water sources that Slovenia boasts for future generations, especially in the light of proposed changes to the waters act that would loosen the rules for water protection areas.

With Turkey battling drought stemming from climate change, official data reveals that about three-quarters of the total water consumed in the country is used for irrigation and that there is a water loss of 35-60 percent due to the surface irrigation method. 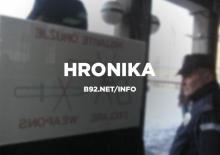 One worker suffered more severe injuries and the other minor injuries. Both were immediately hospitalized.
The director of the Water Factory, Bojan Dimki, told the Beta agency that the inspection was on the ground and that an investigation was underway, and that he would soon provide more information.

In 2018, the population connected to the public water supply network accounted to 13.51 million persons, with the highest share recorded in urban area, 98.7 percent respectively, showed the data released on Monday by the National Institute of Statistics (INS).

The National Assembly will have a new and more modern website. The public contract for its construction has already been announced. Parliament has budgeted over BGN 100,000 in the summer months, bTV reported.

During a scandal involving leaked personal data from the NRA, prosecutors announced that parliament was also targeted by hackers. Or rather, its sprinklers.

The declared state of emergency in Strelcha has been extended by seven days and will continue until June 24, according to BGNES.

The Mayor of Strelcha declared a state of emergency on the territory of the municipality, reported BTA.

The reason is the complicated meteorological situation, which had led to serious issues with the Strelcha water catchment area and necessity to take urgent measures to deal with the consequences.