The Merchant Marine Ministry is considering a second package of measures to support coastal shipping companies. The total amount granted will come to 30 million euros, with one large company set to receive about half of that.

The water level in Istanbul's dams declined as much as 31 percent from a year ago as the city that is home to some 16 million is grappling with the coronavirus pandemic.

Experts warn the residents that further decline in water levels may cause problems in the summer season because personal hygiene is the most effective protection against the virus.

Six villages in the municipality of Lom in Northern Bulgaria woke up with power outages due to strong wind on March 24.Electricity supply was restored early in the afternoon.

All roads are cleared from the snow and sanded. They are passable in winter conditions. Snow drifts in the region of Lom have been cleaned, the head of the District Road Management, Ilya Iliev said.

Coastal parks in the French capital, Paris, had to be closed today after the river Seine emerged from its bed after several days of rainfall, city authorities said on Thursday.

At the Austerlitz measuring point, the waters of the Seine reached 4.2 m, that is, more than 2 m above their normal level, and some low-lying pier and coastal pedestrian zones were flooded. 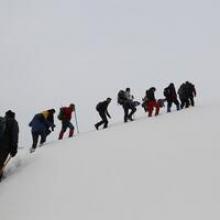 As the winter sweeps Turkey's east and snow turns cities into winter wonderlands, nature lovers and adventurers look for outdoor activities in the winter. (AA Photo)

The shipping industry appears particularly concerned with the new regulations whose introduction the International Maritime Organization is considering ahead of reaching the target of zero-carbon fuel by 2050, the 11th Annual Capital Link Greek Shipping Forum heard on Thursday in Athens. 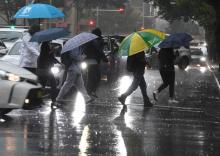 Their achievement is for the oldest team

A crew of four Britons crossed the Atlantic with rowing and beat the Guinness record. Their achievement is for the oldest team to cross the ocean with rowing. Their combined age is 257 years, the youngest of them is 61, and the oldest is 67. They have travelled 3,000 miles in 49 days. The record so far has been 223 years combined age.

Snow and low temperatures were recorded on Wednesday in the mountainous and semi mountainous areas of northern Greece, according to the Meteo service of Athens National Observatory.

The temperatures will continue to drop throughout the country, with the coldest weather expected on Thursday or early Friday.