The Queen has sought to draw a line under damaging racism claims made by the Duke and Duchess of Sussex, saying that issues will be dealt with "privately" by the royal family. 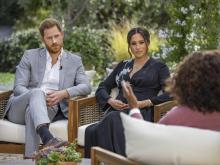 The time has finally come for audiences to hear Meghan and Harry describe the backstory and effects of their tumultuous split from royal life.

March 7 night's airing of a two-hour special hosted by Oprah Winfrey will provide the first, and unprecedented, peek into the couple's departure from royal duties and the strains it has placed on them.

A day after the birth of their baby boy to a global fanfare, Prince Harry and his wife Meghan on May 7 were considering names for the newest member of the British royal family and when to show him off to the world. 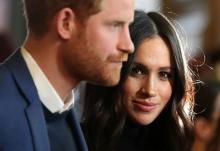 Megan Markle gave birth to a boy. The news was reported by Prince Harry, who was joyfully tired of television cameras, Sky News reported.

"It was incredible, thank you for your support, we're still thinking about the name," said Prince Harry.

Earlier from the Buckingham palace, Megan Markle had arrived in her maternity ward this morning with her husband.

Meghan Markle is not the first American actress to give up her career for the love of a prince. More than six decades ago her fellow countrywoman Grace Kelly walked away from Hollywood to take on a new role as princess of Monaco.

A waxwork of Meghan Markle wearing a replica of her diamond engagement ring was unveiled on May 9 at London's Madame Tussauds museum, less than two weeks before her wedding to Prince Harry.