"The flights of our planes on the Moscow-Berlin and Berlin-Moscow routes have been canceled, because the German authorities did not give approval," it is stated in the announcement S7, which is transmitted by TASS.
All passengers from the canceled flights will be reimbursed, the Russian company S7 confirmed.

Three times a week, Aliye Türkyılmaz hits the markets and busy shopping streets of Neukoelln to hand out informational flyers on the coronavirus pandemic to residents of the German capital's crowded immigrant neighborhood that's studded with minarets, kebab stores and hookah lounges. 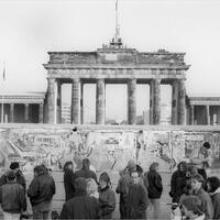 30 years have passed since the fall of the Berlin Wall, the symbol of the Cold War.

Personnel walked off the job at 5 a.m. (0400 UTC), in a warning to the Federal Association of Aviation Security Companies (BDLS), said Germany's largest trade union, Verdi.

28 years have passed since the fall of the Berlin Wall. One of the brightest symbols of the Cold War which divided the East from the West no longer exists.

On the night of 12 August 13, 1961, Berlin wakes up divided. The GDR police and military initially stray barbed wire, and in the years to come, they completed a fence. 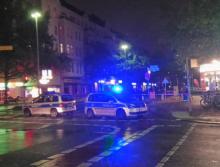 Nearly 14 hours after it was found, sappers from the Berlin police disposed a 250-kilogram WWII bomb, according to the national daily Die Frankfurter Allgemeine Zeitung, FOCUS News Agency reported.

Air Berlin is in talks with three competitors about buying up its assets, the insolvent airline's boss said on Aug. 17, warning that not all jobs would be saved.

"Aside from Lufthansa, we are in contact with two other interested parties from the aviation industry," Air Berlin chief executive Thomas Winkelmann told the Frankfurter Allgemeine Zeitung daily.

Etihad announced on Tuesday that the company was "informed that Air Berlin has filed for administration."

“This development is extremely disappointing for all parties, especially as Etihad has provided extensive support to Air Berlin for its previous liquidity challenges and restructuring efforts over the past six years," a statement said, and added:

On August 13th, we celebrate the anniversary of the rise of the Berlin Wall, writes BGNES.

Former German Chancellor and statesman Helmut Kohl, the longest-serving postwar Western leader, died at the age of 87 on June 16.