Bulgaria cannot afford to waste more time. We need to have a cabinet with broad parliamentary and public support. This was what President Rumen Radev said before the opening of the first sitting of the newly elected 46th National Assembly. 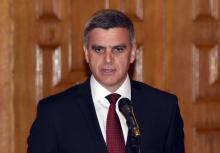 "I could be prime minister in a regular cabinet, but not at any cost," Prime Minister Stefan Yanev told BTV.

He clarified that so far no such talks have been held with him.

"If such an invitation arrives, it must be based on priorities, visions, a program and a coalition that will nominate a government," Yanev added. 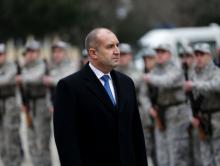 Rumen Radev gave his assessment of the work of the caretaker cabinet. He expressed his opinion that the cabinet successfully fulfills the task he was given - "the beginning of the dismantling of the vicious model of governance and the recovery of the statehood." 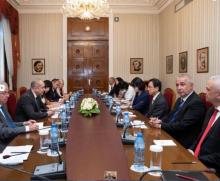 The increase of the Japanese investments in Bulgaria is an opportunity for the development of a qualitatively new model of the relations between the business and the institutions and the business and the society, as well as for the change of the economic environment in the country, Bulgaria's President Rumen Radev said on July 14. 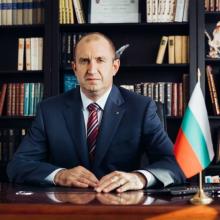 President Rumen Radev sent a congratulatory address to US President Joe Biden on the occasion of Independence Day - July 4.

The Movement for Rights Freedoms, focused on the ethnic Turkish community and embroiled in controversies over decades, also experienced a drop in trust by its voting base.

Meanwhile the pro-EU alliance Democratic Bulgaria and newly formed "Stand Up.BG! Mobsters Out!", which both gained momentum during the 2020 protests, surprised analysts with an even bigger take than expected.

"The purpose of this briefing is to report on the first month of this government. According to normal democratic practice, a grace period of about 100 days is given to "newcomers".

To avoid further sanctions, banks do not have to conduct transactions with individuals and companies blacklisted and sanctioned by the US.

This was recommended by caretaker Prime Minister Stefan Yanev at the beginning of the Security Council meeting he convened. Sanctions under the Magnitsky Act and the work of special services are the two topics on the of the Council's agenda.