Prime Minister Boyko Borissov had a meeting with the Special Envoy of the General Secretary of the UN on youth employment Werner Faymann. Ensuring a higher quality of life for young people in Bulgaria, as well as overcoming youth unemployment and guaranteeing quality education are among the main priorities of the Bulgarian government, emphasised Borissov.

The unemployment rate in Turkey rose 0.4 percentage points in 2015 to sit at 10.3 percent, hitting double digits for the first time since 2010, the Turkish Statistics Institute (TÜ?K) said in a statement on March 23.

The employment rate for the age group 20 - 64 years in Bulgaria was 67.1% last year, increasing by 2 percentage points compared with 2014, the National Statistical Institute (NSI) announced on Tuesday.

Speaking after the Turkish Statistics Institute (TÜ?K) released the unemployment rate for the October-December 2015 period, ?im?ek said he did not see a "bad trend" in unemployment. 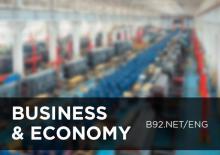 "Countries with a developed dual education system do not have a problem with youth unemployment, and Serbia has recognized this," says Christoph Leitl.

The president of the Austrian Federal Economic Chamber is on a two-day visit to Belgrade as of Monday.

The latest figures of Eurostat released on Tuesday show that Bulgaria's unemployment rate was below the EU average in the last month of 2015.

In December last year, Bulgaria registered an unemployment rate of 8.8 %, with the EU average being 9 %.

Bulgaria's unemployment rate retained its level from November 2015, decreasing by 1.4 % compared to the same month in 2014.

The unemployment rate in Turkey rose to 10.5 percent in October 2015 from 10.3 percent in September 2015, according to data from the Turkish Statistics Agency (TÜ?K).

The latest unemployment rate was the highest since March 2015, when it hit 10.6 percent.

Bulgaria registered an unemployment rate of 9.2 % in September, which represented a drop of 0.1 % compared to the previous month and a decrease of 1.3 % compared to September 2014.

The latest figures of the Employment Agency, which were released on Wednesday, show that the unemployment rate continued to drop for the sixth consecutive month.

According to the Greek statistical service, El.Stat, a total of 1,180,141 people were registered as officially jobless in the country.

Youth unemployment remain the most worrying figure, recorded at 49.5 percent.