Ukraine said on Oct. 13 it had reclaimed more territory in the south and welcomed a Western pledge to deliver air defense systems to Kiev "as fast as we can" after days of intense Russian missile strikes.

A US-led group of around 50 countries held talks at the NATO headquarters in Brussels and vowed to deliver new anti-missile systems to Kiev.

Global growth is expected to slow further next year, the International Monetary Fund (IMF) has said, downgrading its forecasts as countries grapple with the fallout from Russia's invasion of Ukraine, spiraling cost-of-living and economic downturns.

The United States has announced $40 million in aid to buy fertilizer and other key agricultural inputs in time for the next cultivation season in crisis-hit Sri Lanka.

USAID Administrator Samantha Power, who is visiting Sri Lanka, made the announcement after she met farmer representatives in Ja-Ela outside the capital, Colombo.

The International Monetary Fund is facing pressure to reevaluate how it imposes fees on loans it disperses to needy countries like war-torn Ukraine which is one of the fund's biggest borrowers.

The move comes as more countries will need to turn to the IMF, as food prices and inflation internationally continues to rise.

As Sri Lanka continues to battle its worst financial crisis in seven decades, President Gotabaya Rajapaksa has sought urgent credit support to import fuel to the island nation in a telephonic conversation with the Russian President Vladimir Putin on Wednesday (local time). 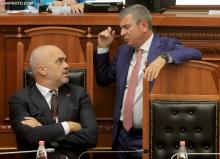 The opposition claims that the scheme would allow criminal to launder proceeds of illegal activities, in a country where money-laundering and organised crime are a serious concern.

Inflation which was at 96.4 percent in April, crept up to nearly 200 percent as prices of cooking oil and bread are leaping higher as a result of Russia's invasion of Ukraine. 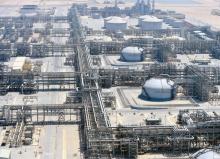 Saudi Arabia reported its fastest economic growth rate in a decade on May 1, as a booming oil sector fueled a 9.6 percent rise in the first quarter over the same period of 2021.

The preliminary results come after the world's biggest oil exporter resisted U.S. entreaties to raise output in an attempt to rein in prices that have spiked since the Ukraine war began.

Belarusian border guards shot down a drone on the border with Lithuania, which was flying towards the territory of Belarus.
This was announced on Thursday by the State Border Committee of Belarus, as TASS reported.