The chairman of an EU finance ministers meeting on further support for economies hit by the new coronavirus said on Thursday an agreement among all of the bloc's capitals was now "very close" after previous negotiations collapsed.

The Netherlands was the single opponent of a deal proposed on Wednesday morning after sixteen hours of negotiations. 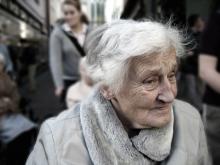 European Union governments piled pressure on the Netherlands on Thursday to unblock half-a-trillion euros of economic support to fight the coronavirus ahead of a meeting of finance ministers, with Italy saying the very future of the EU was at stake.

Italy may gradually lift some of the restrictions introduced to end the infection with COVID-19 by the end of April if the spread of the disease continues to slow. That's what Prime Minister Giuseppe Conte said in an interview with the BBC.

The World Bank has revised significantly its estimates of the Romanian economy's advance this year, down to 0.3 percent from 3.8 percent, as projected three months ago, but growth would gradually bounce back in the second half of 2020 and further accelerate in 2021 to 4.4 percent, according to the World Bank's economic update spring 2020.

Greece hopes that the new teleconference among eurozone finances ministers on Thursday will achieve a deal on the package worth half a trillion euros to support the bloc's economies that have been battered by the new coronavirus.

The resettlement procedure for unaccompanied minors from Greek reception and identification facilities to other European Union states will begin next week.

The plan foresees that 12 will head to Luxembourg next Wednesday and another 50 to Germany two days later.

In a Twitter post, the ministry said commando units struck a group of four terrorists who opened harassment fire on security forces in the area, earlier cleared by Turkey's Euphrates Shield Operation.

In scope of measures to curb the spread of the novel coronavirus outbreak, Turkey has launched a brand new project in a bid to monitor citizens who have been isolated due to COVID-19.

The number of confirmed coronavirus cases worldwide reached roughly 1.5 million on April 9 as the pandemic swept across the globe.

Johns Hopkins University's website showed over 88,538 people have died from the virus. The total number of people recovered from COVID-19 neared 330,000 according to the data.