The European Union must work with Turkey for the stability of the region and beyond, Turkish Foreign Minister Mevlüt Çavuşoğlu said on Sept. 23 after meeting a senior EU official.

The top diplomat met with Josep Borrell, the EU high representative for foreign affairs and security policy, on the sidelines of the 76th session of the U.N. General Assembly in New York. 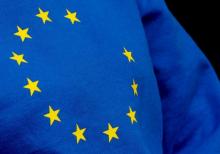 On Tuesday, after the session of the National Security Council, Vui stated that he had received a proposal from the Quint and EU countries to resolve the tensions at the administrative crossings of Jarinje and Brnjak, caused by the abolition of license plates from Serbia, which he rejected. 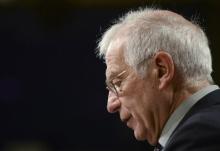 In his address to the members of the European Parliament in Strasbourg, Josep Borrell pointed out that Brussels would try to coordinate activities with other EU members in order to organize a diplomatic presence in Kabul.

Ljubljana – An inter-parliamentary conference on the EU’s common foreign and security policy organised as part of the Slovenian EU presidency on Thursday heard calls for a united and active approach by the bloc to global challenges.

Brdo pri Kranju – EU foreign ministers have called for a pragmatic, realistic and coherent approach to China and for enhancing relations with India, noting at an informal meeting in Brdo pri Kranju on Friday that the EU should cooperate with both countries regarding Afghanistan.

Brdo pri Kranju – The EU’s High Representative for Foreign Affairs Josep Borrell has announced that EU foreign ministers have agreed on five benchmarks which will form the basis for the bloc to engage in cooperation with the Taliban in Afghanistan.

The defense ministers discussed the issue of introducing Rapid Reaction Corps at Brdo near Kranj, but the plan is difficult to implement.

With power in Kosovo now in the hands of Vetevendosje and its leader, Prime Minister Albin Kurti, BIRN took a look at the state of play with the Washington Agreement. Of the 16 points, Hoti signed up to, only one has been fully implemented - the establishment of diplomatic relations with Israel.

There has been no positive movement on any of the other elements.