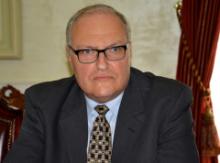 In a statement to Tanjug, Zuroff said honours for Deva sent a horrible message to the Kosovo society and were a terrible insult to the memory of his numerous victims.

Brazil's Luiz Inácio Lula da Silva was sworn in as president on Sunday, and in his first address expressed optimism about plans to rebuild while pledging that members of outgoing Jair Bolsonaro's administration will be held to account.

As he said, overall world circumstances have changed in the last ten years.
"We are all witnessing a very tense atmosphere and mistrust between countries, and this tension is growing and threatens to turn into a large-scale war. Relations have gone backwards, given that they have deteriorated so much," said Patriarch Kirill, reports Sputnik.

The United States of America has conveyed through diplomatic channels that it does not want and will not enter into a direct confrontation with Russia.
They also added that they will not send military experts to Ukraine in connection with the delivery of the Patriot air defense system, said Russian Foreign Minister Sergey Lavrov.

According to the Ministry of Internal Affairs, several locations are involved, and investigations are ongoing.
Some media reported that there were 50 bombs in several locations, including: the Embassy of Belarus, the Use Shopping Center, the Student Dorm, two bombs in the KFC on Studentski Trg, nine at the Nikola Tesla Airport, and then at TC Delta City in Jurij Gagarin Street.

With 63.4 percent counted, Bolsonaro has 50.1 percent of valid votes, compared to Lula’s 49.9 percent

235 MPs voted for confidence in Meloni's coalition Government, while 154 were against, and five abstained, reports AP.
The upper house of the Italian Parliament will vote today on the vote of confidence in the new Government. 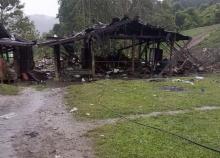 Air strikes by Myanmar's military killed as many as 80 people, including singers and musicians, attending an anniversary celebration of the Kachin ethnic minority's main political organization, members of the group and a rescue worker said Monday.

Former French president Francois Hollande's experience on the International stage is replete with stories. From Putin to Obama or Tsipras, Hollande recorded his memories, with what happened behind the cameras, in a book, which is already a bestseller in France. The former French president spoke exclusively to "TA NEA" newspaper.