Europe will remain heavily dependent on Russian gas supplies for at least the end of this decade and “potentially much longer”, Fitch Ratings has said. 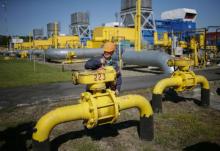 Energy Minister Yiannis Maniatis has forwarded a request to the European Commission for the establishment of an emergency mechanism that would offer support to Greece and other EU member states in the event that they were affected by a natural gas supply stoppage from Russia via Ukraine.

Croatian politicians have hailed an EU decision to support the construction of a liquefied natural gas, LNG, terminal on the Croatian island of Krk, which will eventually be connected with the LNG terminal on the Baltic in Poland.

"Spain's gas transportation system is well-developed. We could be a transit country for supplies to other European countries," Marta Margarit, spokesperson for the Association of Spanish Gas Companies, was quoted as saying by German radio Deutschlandfunk.

Major firms, including Qatar Petroleum and Gazprom, appear to be interested in creating the infrastructure to supply liquefied natural gas to ships in Piraeus. Meanwhile, the global natural gas industry is saying that natural gas as a fuel for transport could be made available at a price of just 50 percent of that paid for gasoline and 70 percent that for diesel.

Eighteen out of 24 Ukrainian regions have declared they have insufficient amount of liquefied gas (LNG), with Western town and cities most severely affected, local media report.

Socar is closely monitoring the implementation of the investment program of Greeces natural gas transmission network operator (DESFA) that the Azeri state energy company will soon control after agreeing to buy a 66 percent stake in it. 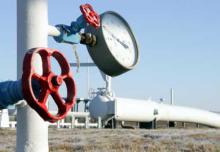 A land-based facility to process Cypruss new offshore gas remains a top priority, but the search for additional sources of the fuel must move quickly to keep up with a rapidly shifting market, the countrys energy minister said late on Thursday.

The EU wants a uniform price for Russian natural gas for all its member states, said Energy Commissioner Gunther Oettinger on Friday.

Oettinger had a meeting with Polish Prime Minister Donald Tusk who lobbies for the idea of an EU energy union.

Turkey looks at Norway as a potential supplier of liquefied natural gas (LNG), as its Energy Minister Taner Yildiz said while on a visit to Oslo.

At a press meeting with his Norwegian counterpart Tord Lien, Yildiz announced his country had requested to buy up to 6 B cubic meters of gas, according to The World Bulletin.