In that attack three civilians died and 12 more were wounded, said Reuters.

The ministry said that the attack is a breach of an agreement and cooperation between Ankara and Russia, and that Moscow was informed about the Turkish convoy in advance.

Turkey says a recent attack on its observation posts by the Syrian army in the de-militarized zone in Idlib was deliberate and has vowed to respond if the assaults continue.

Mirror - Nine missiles fired on Syria in Hama and Aleppo were fired from British and US bases in Jordan, Syrian media has claimed.

The Syrian army has described the strikes as new "aggression" by its enemies, state television said.

But sources in the MOD say there was no involvement in the strikes, which saw missiles strike targets in Aleppo and Homs.

The Syrian army has deployed new air defenses and anti-aircraft missiles to frontlines in the Aleppo and Idlib areas, a commander in the military alliance fighting in support of President Bashar al-Assad said on Feb. 5. 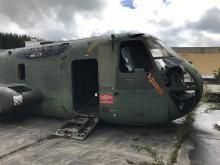 Syrian insurgents brought down an army helicopter in southwest Syria on Friday, near the Israel-occupied Golan Heights, a war monitoring group said.

The Syrian military could not immediately be reached for comment.

Syrian opposition groups are resisting Jordanian pressure to hand control of a border crossing back to the Syrian government, a step that would be a major boost for President Bashar al-Assad and undermine rebel groups in southwestern Syria, reported Reuters.

Russian soldiers have announced that the Syrian army has liberated about 85% of the territory of the war-torn country from extremists, CNN reported.

The Syrian authorities have confirmed that Al-Zabadani resort town, 25km from Damascus, has recently been liberated by the Syrian Army after a fierce battle with Hayat Tahrir al-Sham (HTS) militants. Residents, who left the city more than five years ago, have started to return homes.

The heaviest fighting and shelling for months hit Hama province in northern Syria on Aug. 4, a war monitor said, but there were diverging accounts of how the battle started.