Kwiatkowski said that the Audit Office had already pointed out in 2018 that the expenditure was illegal according to Polish law, because such purchases by the CBA should come from the state budget and face proper parliamentary scrutiny.

Dr. Mehmet Öz, the celebrity heart surgeon best known as the host of TV's Dr. Öz Show after rocketing to fame on Oprah Winfrey's show, announced on Nov. 30 that he is running for Pennsylvania's open U.S. Senate seat as a Republican. 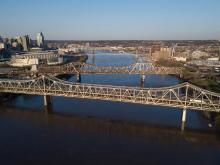 Democrats rescued President Joe Biden's faltering domestic agenda on Nov. 5, passing a giant infrastructure package that is one of the pillars of his $3 trillion economic vision after rebel moderates had earlier blocked a vote on his social welfare expansion.

But the ambitions of the president and the people around him in Prague Castle were about to take an even bigger hit. Minutes after the billionaire premier took his leave, Zeman was rushed to Prague's Central Military Hospital.

The hard-drinking, heavy-smoking and politically scheming 77-year-old president has not been seen in public since. No diagnosis has been released.

The Biden administration is positive on Turkey's request to buy 40 F-16 warplanes after it was excluded from the F-35 joint fighter jet program, President Recep Tayyip Erdoğan has said, informing the process will be followed by the defense ministers of the two allied nations.

President Joe Biden promised to show the world that democracies can work to meet the challenges of the 21st century. As he prepares to push that message at a pair of global summits, his case could hinge on what's happening in Washington, where he was struggling to finalize a major domestic legislative package.

This is stated in the report based on the Senate investigation.
The document containing 1.078 pages was published by the Brazilian media, and the commission could vote on the decision next week, writes the Guardian.

The Senate Foreign Relations Committee on Oct. 19 approved the nomination of former Senator Jeff Flake as U.S. ambassador to Turkey.

The committee voted to approve 33 nomimees for the State Department, United States Agency for International Development (USAID) and other critical foreign policy nominations.